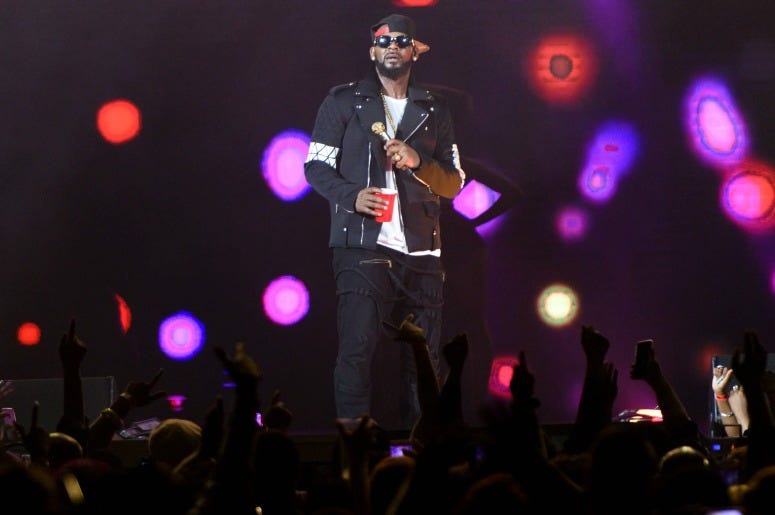 After two weeks of protest following the Surviving R. Kelly series, it appears the singer has agreed to part ways with his record label.

Sources tell Billboard that Sony and their subsidiary RCA Records are no longer working with R. Kelly, after the documentary detailed several allegations of sexual misconduct against him. It's the latest such claims against the singer that was acquitted on child pornography charges in 2008. In the years since, allegations of misconduct have continued to resurface. The series prompted a #MuteRKelly protest that took to the steps of Sony Music Entertainment in New York, demanding the artist be dropped from the label.

R. Kelly has been under contract with RCA Records since 2012, but today all traces of him have been removed from their website.

In the past two weeks, artists like Lady Gaga and Celine Dion have removed their previous work with Kelly from all streaming services, with Gaga issuing an apology. "I'm sorry for both my poor judgment when I was young, and for not speaking out sooner" Gaga wrote in a message posted last Thursday.

According to Variety, Sony and RCA have dissolved the relationship after taking time to deal with the matter responsibly with an effort to avoid legal responsibility. There are no plans to move forward with music from R. Kelly, with no word on what will happen with his previous releases. Kelly's last release was the holiday album "12 Nights Of Christmas", released in 2016.