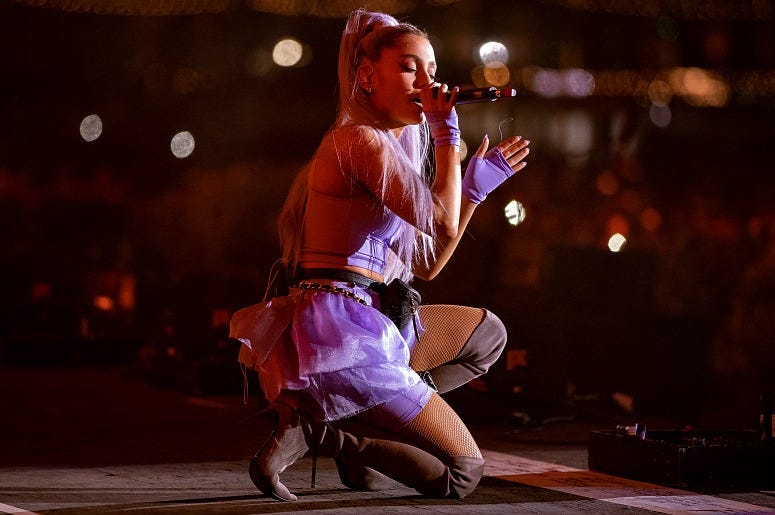 This Friday turned out to be so fetch.

Ariana Grande has released the highly anticipated video for "thank u, next", featuring tributes to Mean Girls, Legally Blonde, and Bring It On. The burn book is there, Elle Woods is there, the cheerleading outfits are in full effect, and even Jennifer Coolidge is along to reprise the role of Paulette. It's like a Blockbuster Video fever dream, and it's as amazing as we imagined.

"thank u, next" continues to be the song surprise that keeps on giving. Less than three months after the release of the singer's fantastic fourth album Sweetener, the tune was dropped with little warning on a Saturday earlier this month. Since then, Ariana's ode to self-satisfaction, moving on, and positive personal reinforcement has been a smash.

As for the movies featured in the video, at least two of the film's stars have had a response to the tribute. Both Reese Witherspoon and Lindsay Lohan have posted about "thank u, next" in the days leading up to the video's release.

There is also a behind-the-scenes video that Ariana has released. You can watch that here.

Ariana Grande kicks off her Sweetener Tour in March. If you don't feel like waiting to see the "God Is A Woman" singer, you can enter to win a trip to see her New Year's Eve weekend with us!