It has been an historic week for Ariana Grande. Not simply historic, but the best week in almost 55 years for any artist in all of music.

Grande has the number one album in the country with thank u, next and has also pulled off the astounding feat of scoring the top three positions on the Billboard Hot 100 chart. With “7 rings” at number one, followed in order by “break up with your girlfriend, i’m bored”, and “thank u, next”, Ariana is only the second artist to ever to reach such an accomplishment. The first was a little upstart band from the UK called The Beatles. 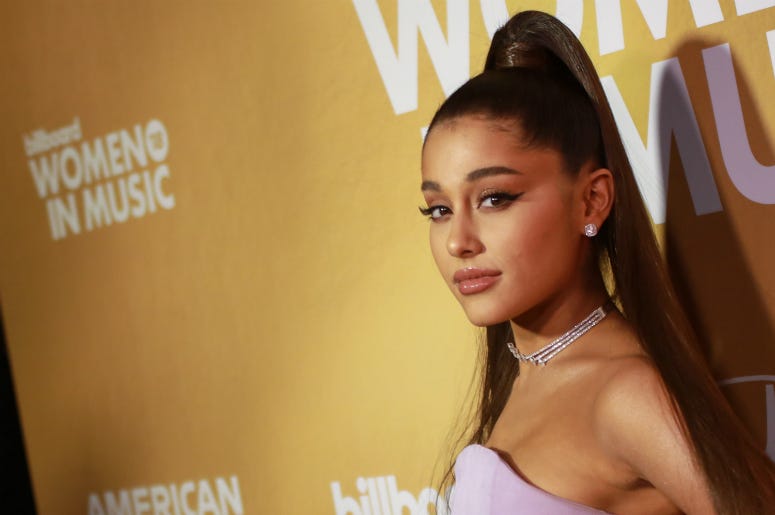 What do Ariana Grande and The Beatles Have in Common?

The effort was helped in part by fans so devoted to the Sweetener singer that they launched a #Boycott7Rings campaign to help "break up with your girlfriend, i'm bored" climb towards the top. With Arianators​ activated, you can understand why she thought it might be a joke. "I thought it was hilarious. When I woke up I thought it was an edit that my fans made" she told James Corden on The Late Late Show Tuesday night. "They're like insane people, that I love."

It's not a joke, it's a major musical milestone created by the unapologetic, self-assured album that Ariana revealed. On thank u, next she crafts her own headlines, tweets, and memes into futuristic R&B, borrowing from the past but injecting a healthy Hip Hop bravado. It's a success because it shows the authenticity of the biggest pop star on the planet.

As she told Corden, the moment still seems a little overwhelming when put in perspective. "My mom and I were driving around listening to The Beatles all day, and I'm just like, this is crazy."

"I'm so sorry" she laughed. "I'll take a break after this, I'll go away for a little I promise."

After all of this, how does Ariana celebrate the most successful day in the last half a century of music?

"My mom wants to take me to dinner but I want to go to the studio. So I think I'm gonna just end up in the studio."

Grande kicks off the Sweetener World Tour in March. You can find the full list of dates here.