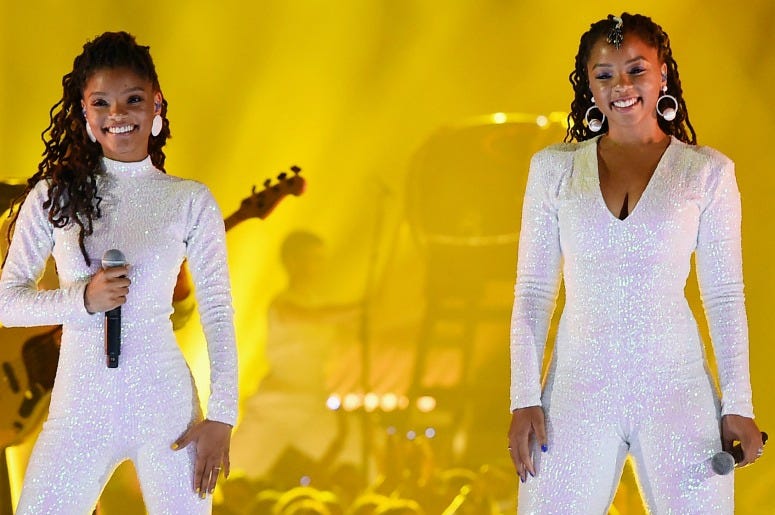 The R&B duo dropped their debut album The Kids Are Alright, were added as series regulars to the show Grown-ish, added a song for Oprah to the "A Wrinkle in Time" soundtrack, and went on tour with Beyoncé and Jay Z. You know, typical 20-year-old amazing young woman magic stuff.

So now it's 2019 right? What to do, what to do. How about score a Best New Artist nomination at the 2019 GRAMMY Awards, and be a part of the biggest sporting event of the year. Check.

The duo from Atlanta will be performing "America The Beautiful" at Super Bowl LIII. They will join the "Empress of Soul" Gladys Knight, who will be singing the National Anthem before the game.

One week later the "Happy Without Me" singers are up for one of the four biggest awards of the evening at the 61st Annual GRAMMY Awards, competing for Best New Artist against H.E.R., Bebe Rexha, and more.

It's a pretty amazing run for two sisters who first caught Beyoncé's attention with a YouTube cover of "Pretty Hurts" only five years ago.

The Los Angeles Rams face the New England Patriots at Super Bowl LIII on Feb. 3 in Atlanta at the Mercedes-Benz Stadium.