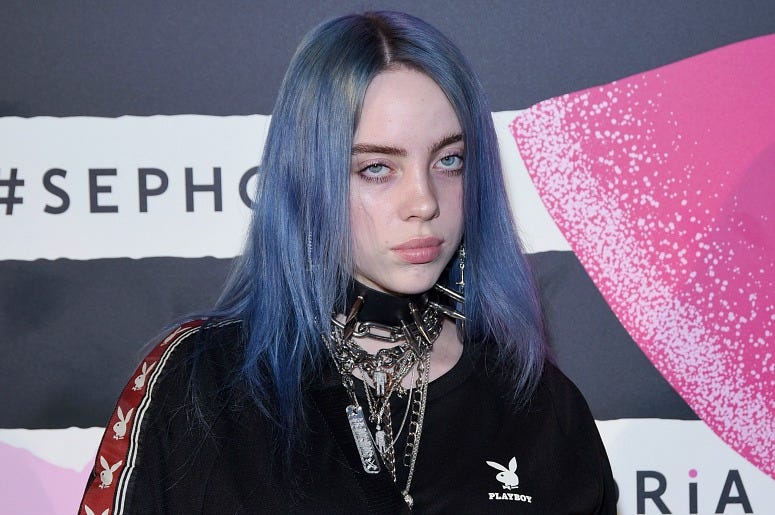 "That's the goal, is to freak everybody out" explains Billie Eilish in a new interview about her unshakable song, "you should see me in a crown."

The 16-year-old singer sat down with Billboard to discuss the inspiration behind the hit, and says that line actually came from watching Sherlock with her brother Finneas. "There's this character Jim Moriarty in Sherlock and he's sort of like the bad guy. If you haven't seen it, he's psychologically horrible, but in the most genius way" Eilish describes. "He steals the crown jewel, and there's a scene where he's talking to Sherlock and he's basically just like, 'honey you should see me in a crown.' And me and Finneas were obsessed with the show forever and we just thought that line was dope, and we were just like 'f*** it. Let's make it into a song.'"

The song started as that, but continued to float around as a voice memo between the two for months after, until the sound of their father sharpening knives in the kitchen called out for further inspiration. "It sounded dope" she laughs. "So we just like, put the recorder and said, 'can you do it again?'"