Britney Spears has been taking some "me time" in a wellness facility since the beginning of the month, but on Sunday the "Lucky" singer was spotted in public, leaving a hotel in Beverly Hills with her boyfriend. 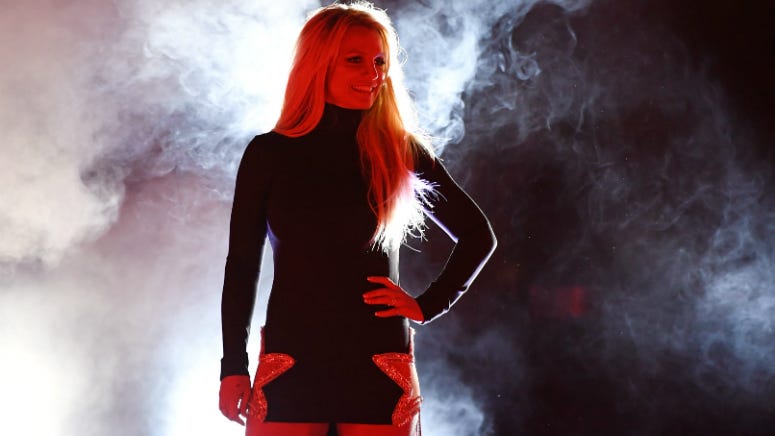 The one-day pass prompted concern from fans over the conditions that led to her stay, and ultimately a live-streamed rally in California. Protesters gathered with "Free Britney" signs outside the West Hollywood City Hall, chanting and demanding for Spears' release.

There is some debate over whose choice it was for Spears to enter the facility, with some blaming a family conservatorship or management for her stay. However, several insiders have said that this was completely Britney's call, after dealing with the stress from her father's health which forced the cancelation of her scheduled Las Vegas residency.

On Tuesday, sister Jamie Lynn Spears posted an Instagram video defending her sister. Captioned on a clip, Jamie Lynn writes, "I have been here long before anyone else, and I’ll be here long after. I love my sister with everything I have."

"Anyone or anything that speaks to the contrary can GTFOH with all the comments about what you don’t understand.Do not come for me or the ones I love anymore."

In January, Spears canceled her Las Vegas residency Domination after complication arose with her father's health. "I had to make the difficult decision to put my full focus and energy on my family at this time" she writes. "I hope you all can understand."