Britney Spears has a message to those that question the control she currently has over her own life and her social media.

"For those of you that don't think I post my own videos, I did this video yesterday. So, you're wrong, but I hope you like it" she says in a two-part post on Instagram. The second part is a fashion show from the "Toxic" singer, as Britney models dresses on a balcony while Rihanna's "Man Down" blares in the back. 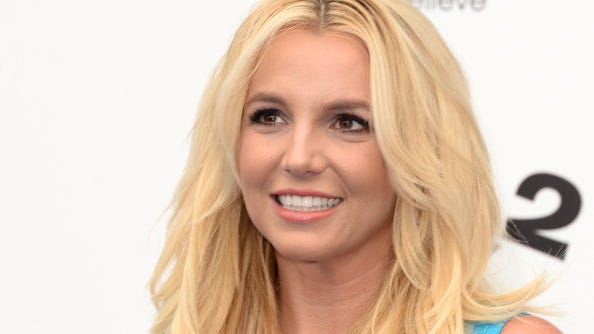 The post from the singer is another attempt to assert her own authority, as conversation about her mental health and conservatorship continue.

Earlier this month, Britney's manager Larry Rudolph publicly worried about the future of the pop star, telling TMZ, "from what I have gathered it's clear to me she should not be going back to do this Vegas residency, not in the near future and possibly never again."

Spears has been in court over her conservatorship, and battling rumors about her well-being after talk of be being in a mental health facility. Last month Spears spoke out about the stories swirling around her health, posting a video and explaining, “my family has been going through a lot of stress and anxiety lately, so I just needed time to deal."