Carrie Underwood took home two awards Wednesday night at the 2019 CMT Music Awards, and pulled off one of the biggest performances in the show's history.

Outside at The Parthenon in Centennial Park in Nashville, Tennessee, the Cry Pretty singer cut through neon smoke and swirling lights for her summertime anthem, "Southbound", and picked up trophies for Video of the Year and Female Video of the Year. Sounds like a busy night, but Underwood still managed to find time to celebrate husband, Mike Fisher's birthday. 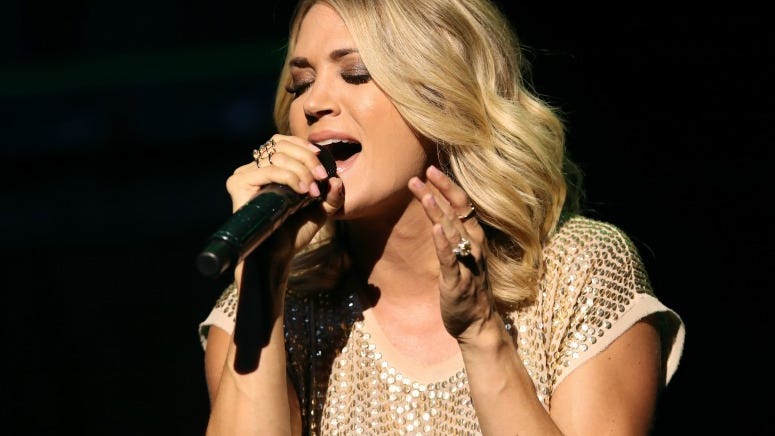 With a recreation of the greek temple behind her, Underwood undertook the biggest production the CMT Music Awards have ever seen, and she well, knocked it out of the park. It's just the latest in a year of highlights for the singer, who is currently making her way across the country with her Cry Pretty Tour 360.

Backstage, Carrie talked with Billboard about the tour with Maddie and Tae and Runaway June. "I definitely have favorite parts, but all for different reasons, like interacting with different band members at different times. I love when we do 'The Champion' because I get to encourage somebody else when they're on stage and I see somebody who has never done anything like that before get up on stage and conquer a fear and the crowd's going crazy."

The tour includes a medley with her tourmates, that Underwood explains is a highlight of the night. "The women's medley is such a fun moment in the show not only because I get to sing with the other ladies, but we get to honor people that we genuinely admire" she tells Billboard. "It just makes me sad I couldn't make that an hour medley. It was really hard whittling it down to a few songs."

The Cry Pretty Tour 360 runs through October. You can find the full list of dates here.