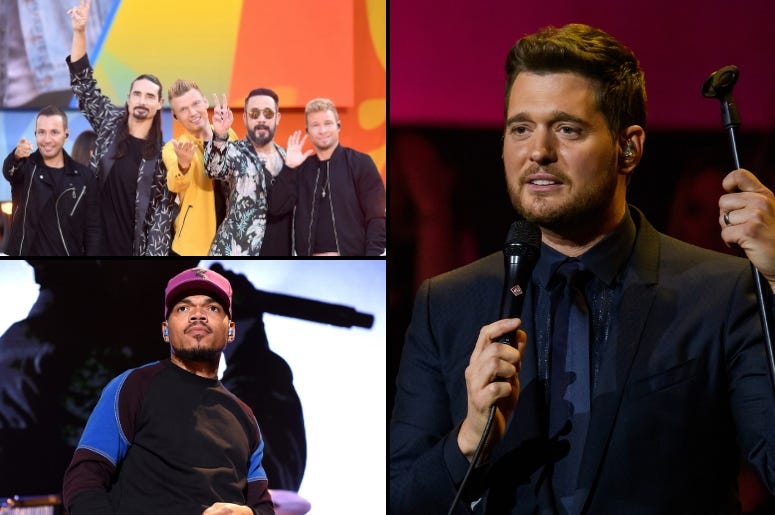 In a world divided by football fandom and split on halftime politics, the great uniter of Super Bowl LIII could be the commercials. Packed with quick jokes and celebrity cameos, musings and messages, it might just be the relief we need.

It appears some of our favorite artists are already lining up to be a part of it, as companies begin rolling out the teasers for in-game spots.

After scoring big last year with Busta Rhymes and Peter Dinklage for their commercial rap battle with Mountain Dew, Doritos is back in 2019 with everyone's favorite group to be back, alright! It's the Backstreet Boys, joined by their newest member Chance The Rapper?

Meanwhile, Canadian crooner Michael Bublé is being the change he wants to see in the world, fixing all the Bubly sparkling water so that it reads right, with a smooth sexy accent.

Next month Bublé will head out on tour, while the Backstreet Boys will end their Vegas residency in April before starting the DNA World Tour, with or without Chance.

Before the game even starts, the music begins with Super Saturday Night. It's a concert featuring the Foo Fighters, and they are getting in the game with some 70's-style football flair.