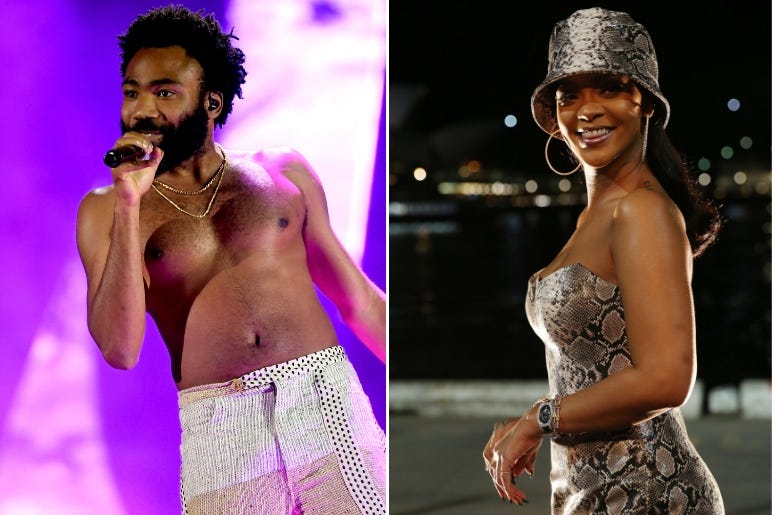 Coachella has arrived and it promises to be a big weekend for Donald Glover.

Tonight he headlines as Childish Gambino taking the stage at 11:25 PT, but first, livestream viewers will get to watch Guava Island. The mysterious film from Atlanta and "This Is America" director Hiro Murai stars Glover and Rihanna, and already it's turning Coachella into something exotic.

At the premiere of Donald Glover’s #GuavaIsland at #Coachella with stilts, fruit, tie-dye blankets and more ahead of the screening. @THR pic.twitter.com/GzXGxwzRw9

If you don't have the stamina to stay up through the end of "Couchella" for the livestream debut, you're in luck. The film will also be available globally at 12:01 AM PT on April 13th on Amazon. Even if you're not a member, the film will be available for free for 18 hours. That's a whole day to brunch, retouch your flower crown, and be back in plenty of time for more action from the desert, on-site or at home.

“Guava Island is the end result of four incredible weeks spent in Cuba with some of the most inspiring creative talents I’ve ever met,” explains Director Hiro Murai in a statement. “Designers, performers, musicians, and filmmakers came together from all over the world to create this crazy fever dream of a production.”

“I’m really humbled having the opportunity to present something this timely and timeless" adds Glover. "Between Rihanna and the people of Cuba, this is one of my favorite projects I’ve ever worked on." 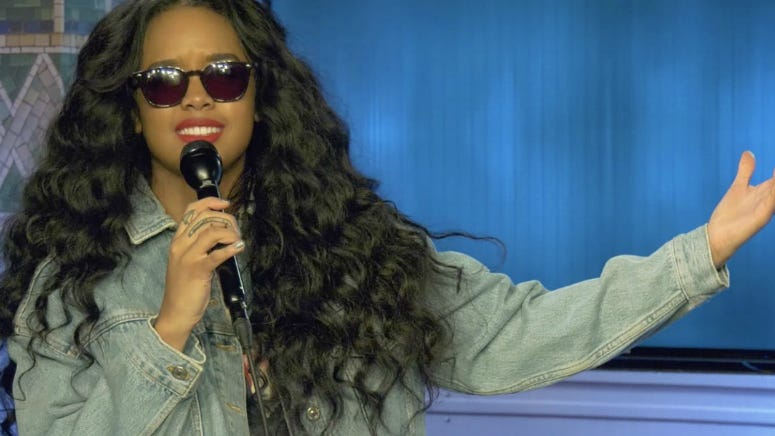 5 Tips on How You Can Coachella Just Like H.E.R.

You can find the livestream for Coachella here.