Drake has the touch when it comes to the charts, but it has become common knowledge that he is horrible at picking his sport allegiances.

"The Drake Curse" has become famous, as the artist continues to throw his support behind teams just in time to watch them lose. From Serena Williams to Alabama to the Toronto Maple Leafs, the "In My Feelings" singer habitually backs the wrong horse, leading to some fans even asking him to wear opposing teams apparel. Like the Billy Goat and Bambino before him, Drake has become an accepted force of fear for fans who share rooting interests, but he never seemed to buy into the hype himself, until Sunday. 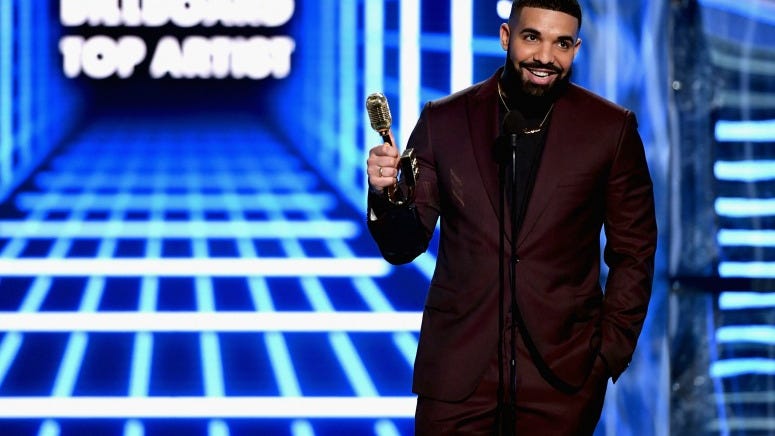 On Sunday, Drake watched his beloved Toronto Raptors from home rather than courtside for their critical Game 7 against the Philadelphia 76ers at Scotiabank Arena. Not only did he remove himself as a potential distraction, but it seems he finally has realized his own power.

As the shot of Kawhi Leonard bounced endlessly around the rim as time expired, finally dropping in to give the Raptors a ticket to the Eastern Conference Finals, Drizzy took to his Instagram story. Drake filmed the celebration around the home where he was watching, but he then devilishly and purposefully panned done to show the 76ers shorts that he was wearing during the game. Drake harnessed his own bad luck and channeled it towards the Sixers, who no doubt were the victim of this cosmic disruption.

.@Drake was wearing @sixers shorts! Guess he does believe in the #DrakeCurse 😂😂😂

After the amazing reveal from Champagne Papi, he followed with a slam at a few Philadelphia faithful. "Have a good summer boys!" he wrote over a Draft Day picture of Sixers star Joel Embid, tagging comedian Kevin Hart and rapper Meek Mill.

The Raptors will go on to face the Milwaukee Bucks this week, and we will wait anxiously to see what Drake wears.

Drake is reportedly currently working on the follow-up to his 2018 GRAMMY-nominated album Scorpion. This month, the Toronto star became the most awarded artist in Billboard Music Award history, and possibly cursed Arya Stark too during one of his speeches. Because, Drake.