The lights of Las Vegas can be too much to handle for some, but this year we came prepared.

As we get ready for Country music's biggest party at the 2019 ACM Awards, we asked around backstage for some advice on surviving the strip. In the exclusive video above, some of our favorite artists offer up the one thing they needed to survive the ACM Awards. 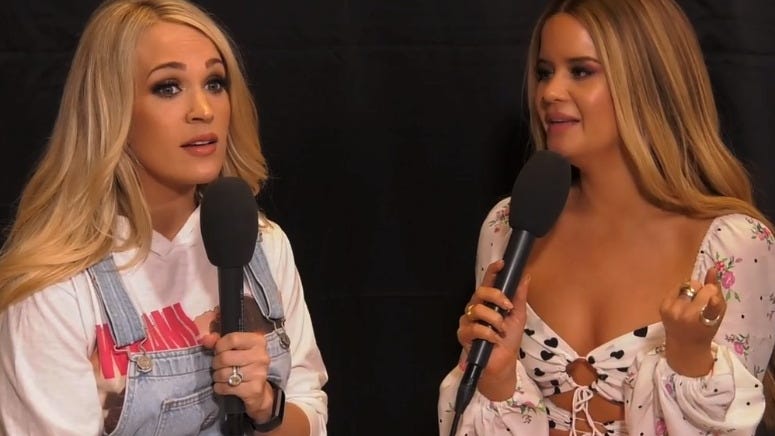 "Paper towels" says Ashley McBryde with confidence. "I keep them in the clutch because I'm a really sweaty person. You know how it is. You're on the carpet, you're in Vegas, paper towels." Ashley is already a winner at the 2019 ACM Awards, picking up the award for New Female Artist Of The Year.

"I'm big on the IV treatments now" explains Jordan Davis. "I don't hate the idea, it sounds like rock n' roll to me" responded Riley Green. "I just sleep till the next day."

From Advil to family, everyone has a different way to get by for ACM Awards weekend. Find out what works for Scotty McCreery, Luke Bryan, Jimmie Allen, and more in the video above, and tune in to see who made it through when the 2019 ACM Awards happen live from Las Vegas on Sunday April 7th on CBS.

Don’t forget to check out our ACM Red Carpet Countdown hosted by Jake Owen, on your favorite RADIO.COM Country station one hour prior to Sunday’s awards.