"Music to me is transformational" explains Lauren Jauregui. "It guides me through a lot of the dark and light times in my life."

Behind every artist there's a song or an album that hits them at their core. A melody that's a moment, forever changing them and guiding them down a path. While we were at the 61st Annual GRAMMY Awards, we wanted to hear what it was. The song that changed their life. 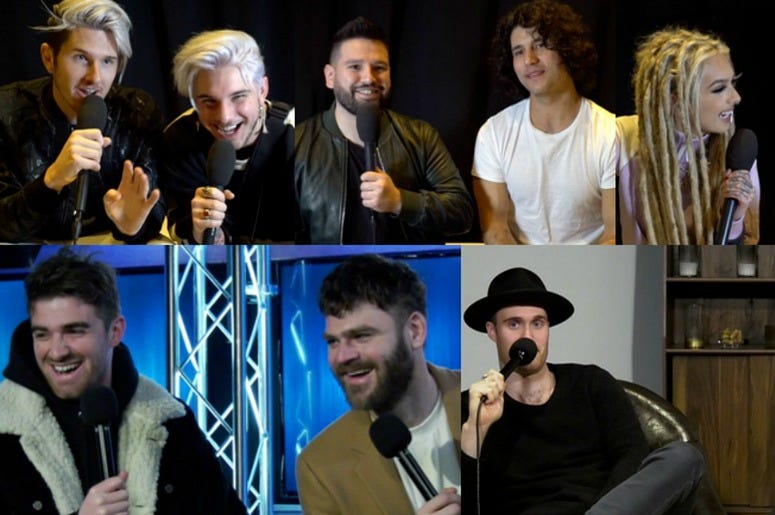 The Chainsmokers, Dan + Shay, and More Reveal Their Supergroup Dreams

In the exclusive video above, the "Expectations" singer explains that it was Lana Del Rey who hit her in the heart. It was the entire Born To Die album that had a lasting imprint on Jauregui, and helped transform the artist into the fierce force that we know today. For others like MAX, Major., Zhavia Ward, or Grey it was something entirely different. All have a song that helped put them on a path in the world of music. Some became the music of mentors, for others it was a song that unfolded in meaning, and for Sabrina Carpenter it was a song that helped her feel secure and a message that moved her.

"I think 'Beautiful' by Christina Aguilera was always one of those songs for me" she explained. "That song I think was a song that I sang a lot as a child, in a lot of moments where I felt really scared and kinda had to be a little bit more vulnerable."

"It just kind of reminds me how far we've come. We still got a lot of work to do but we've come a long way."

Watch above to see which songs changed the lives of some of our favorite artists, and check out all of our coverage of the 2019 GRAMMY Awards here, brought to you by Air National Guard. GOANG.com.