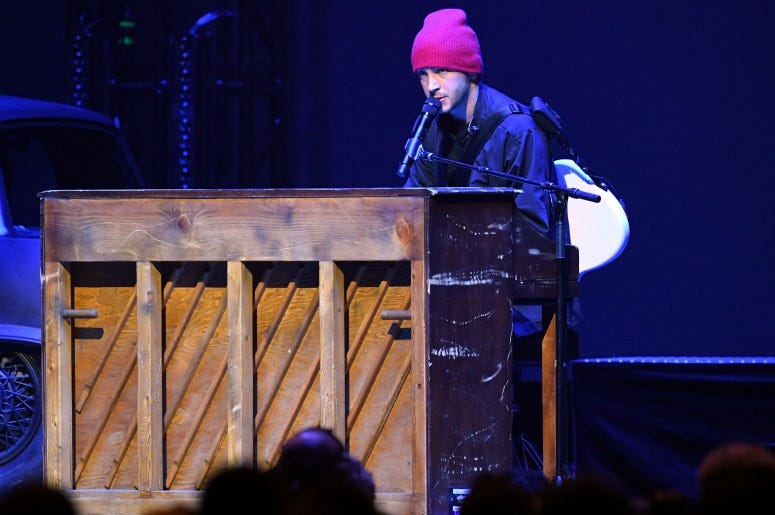 Dave Henderson joked about marrying Natalie Loftus on their first date when he learned that they both loved Twenty One Pilots. Fast forward to Friday and he asked her for real, right before their favorite band took the stage in Indianapolis.

According to RTV6, Henderson proposed to Loftus outside the arena with the help of fans before the band's concert last week. The crowd serenaded Loftus with "Can't Help Falling in Love", a song frequently covered by the Blurryface band, as Henderson dropped to one knee to ask the question. 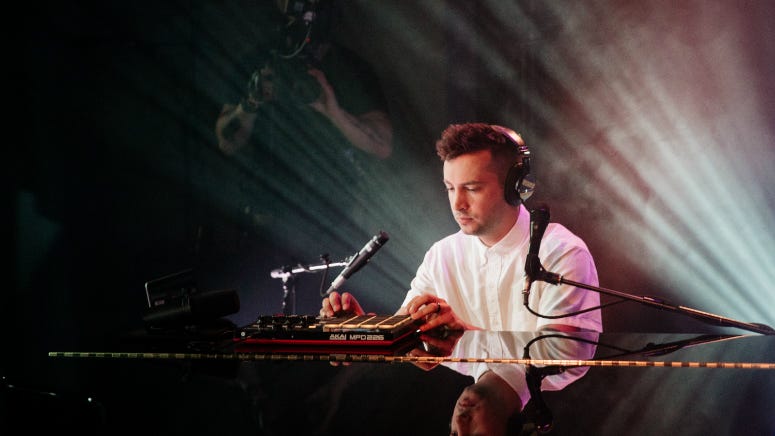 "On our first date, being the dork that I am, I jokingly asked her to marry me after finding out her favorite band was also Twenty One Pilots," Dave tells RTV6. "Two years and many Twenty One Pilots memories later, I had the opportunity to ask her again, but this time for real."

The couple who have attended several concerts together, kicked off the evening with the amazing moment. "At first I thought about doing it at the end of the show but decided in the last week to switch it up and do it before" added Henderson. "This would allow for us to keep the celebration going at the show!"

Henderson's brother and sister arrived early to help coordinate the crowd, which was eager to help. "They asked the Skeleton Clique to sing along if they wanted to and they certainly delivered and took a lot of weight off us!"

For more from Twenty One Pilots, check out exclusive Storyteller Performance from the band here.

WATCH MORE: Twenty One Pilots Strip Down 5 Songs in Our Exclusive Storyteller Performance