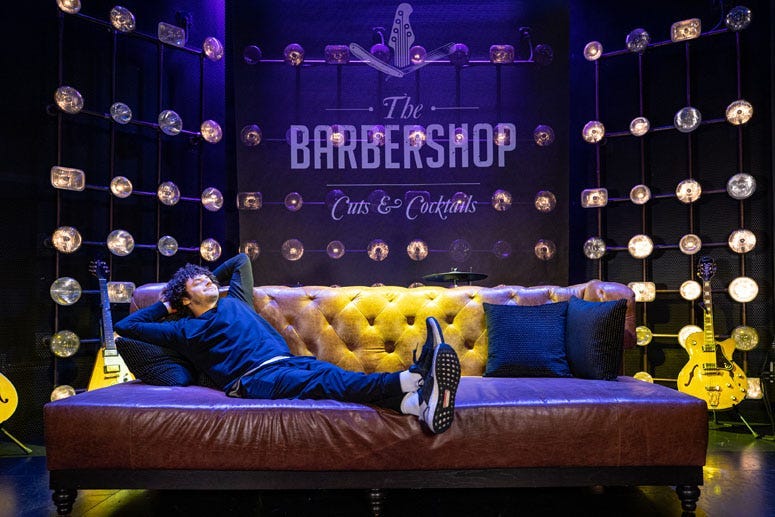 Filming is finished for the final season of Game Of Thrones, but before we witness the last ride of Daenerys and her dragons, it has to pass through the hands of Ramin Djawadi.

Djawadi is the Emmy-nominated composer behind the series, and another little show on HBO called Westworld. It just so happens he is nominated for that too this year, competing against himself in a very Westworld-like way.

Anticipation has been building for Game Of Thrones since the final scenes of season 7, but the new episodes have yet to make their way to Djawadi.

"I haven't even started season 8," explains Djawadi. "I don't really come into play until they go into post-production, which is when they stop shooting and then really get into the editing process of each episode. It still takes a little bit to get the episodes in shape for me to kind of come in."

He's not without ideas though for the sound of the show's conclusion, hoping to bring back designs that he has worked with throughout the series. "I have all these thoughts, or hopes of how I would love some of the themes to come back, or how to arrange them differently," says Djawadi. "But ultimately it's impossible for me to tell until I see the episodes, and see the plot. That's really what guides me of how I will write the music."

In the meantime, there's a great way for Ramin to reminisce about the music of the show and for you to relive some of your favorite moments and get your GoT fix. It's the Game Of Thrones Live Concert Experience that starts touring the country in September.

Djawadi leads a live orchestra through the music of Game Of Thrones, along with a visual effect spectacular that helps you feel the heat of dragon fire and the cold north of the wall.

"It really makes you feel like you're in Westeros" boasts Djawadi.

To hear much more from Ramin Djawadi, including what goes into his work on Westword, check out the full interview below.