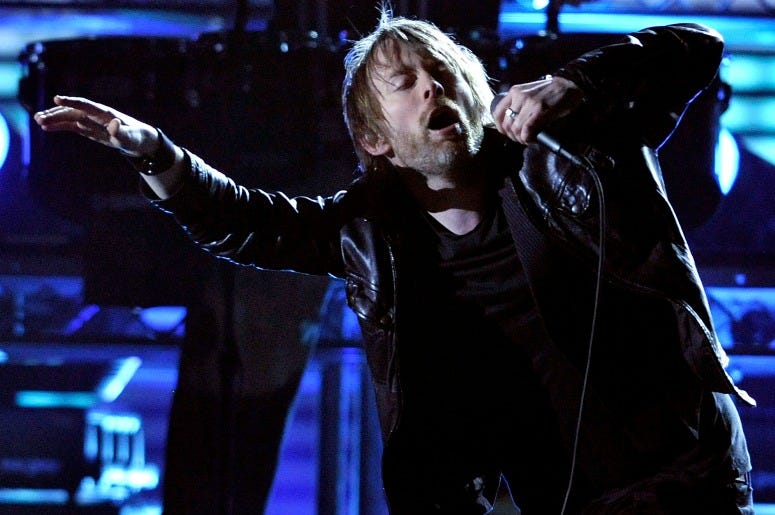 You never know what will happen on music's biggest night.

With the 61st Annual GRAMMY Awards fast approaching, we took a break from arguing over who should win Album Of The Year, to talk about some of our favorite moments in GRAMMY history. From big winners to perfect performances, unbelievable collaborations to outstanding outfits, these are just 5 of our favorite unforgettable GRAMMY moments.

The triumph of In Rainbows was capped off by Radiohead's first and only GRAMMY performance, delivering a jittery and joyous take on "15 Steps." 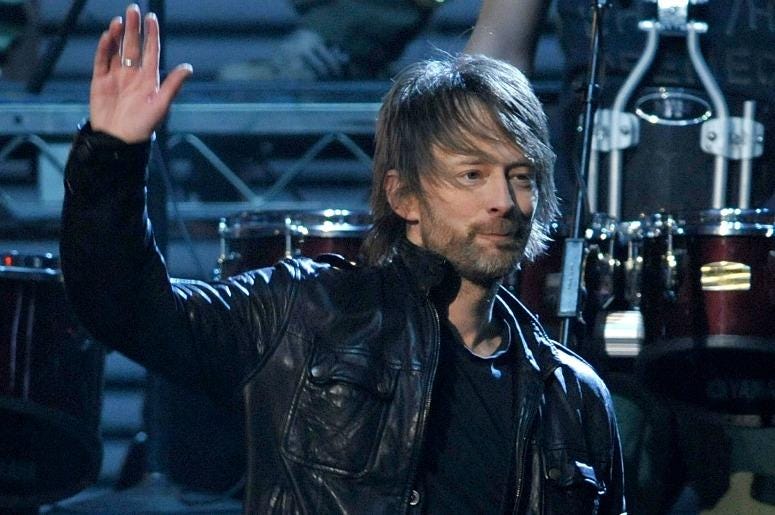 A lot had been said about Eminem and his lyrics towards the LGBTQ community, but a performance with a vocal advocate like Elton John seemed like an olive branch between two of our favorite artists. 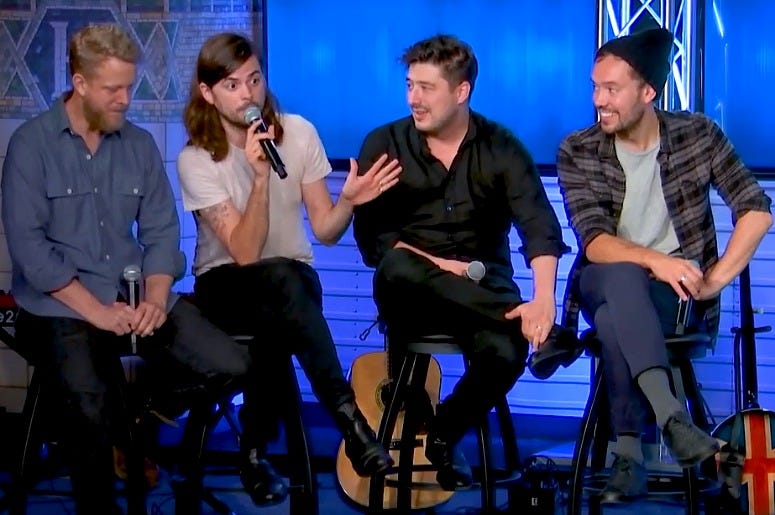 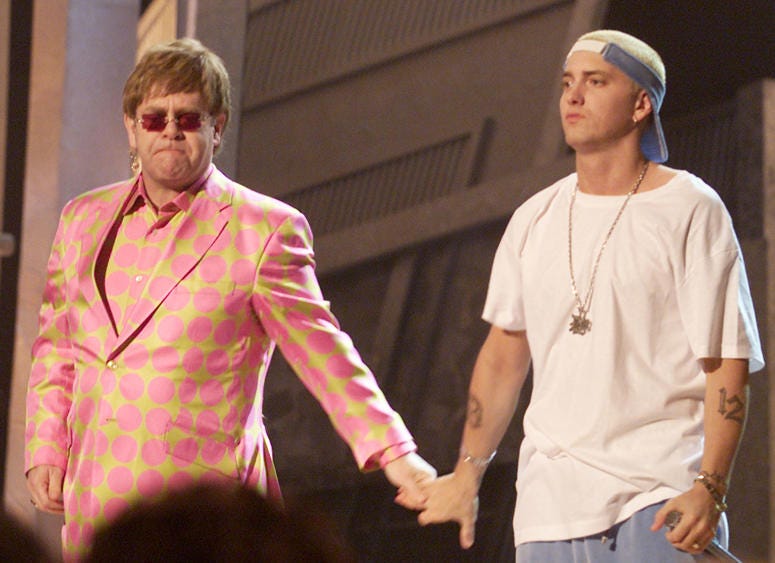 2017: Twenty One Pilots Take Off Their Pants For The Win

A promise kept, and the pants left behind. Twenty One Pilots made good on an old GRAMMY memory and inspired us. "Anyone from anywhere, can do anything."

2014: Kendrick Lamar And Imagine Dragons Matchup For A Mashup

It's amazing what five years can do. Back in 2014, Kendrick Lamar and Imagine Dragons were just starting to write their legacy, now they are captains of their genre, tastemakers, and giants. Both got a big boost from coming together for a rhythmic throwdown at the GRAMMYs. 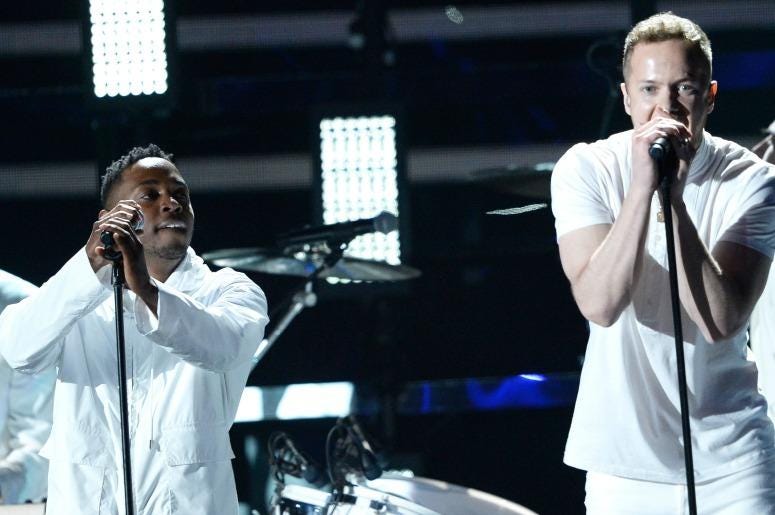 2006: Linkin Park Is Joined By Jay Z And PAul McCartney On Stage.

It's hard to believe that one stage was able to contain these three unique, amazing talents. The voice of Chester Bennington blending perfectly with Sir Paul McCartney, dotted by the ad-libs of Jay Z. It's something special, and a great showcase for each artist.

Get ready for more can't miss moments when the 2019 GRAMMY Awards broadcast live on CBS from the Staples Center in Los Angeles on Sunday, February 10th at 8pm.