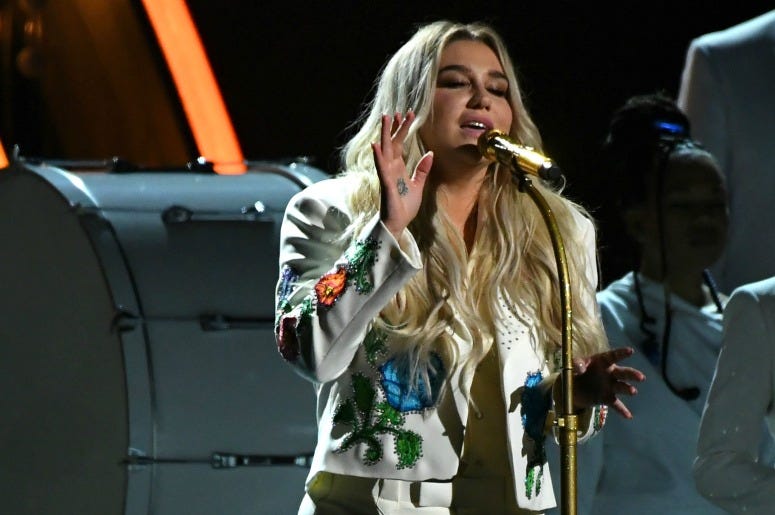 Kesha is back with a call to action on the empowering "Here Comes The Change."

From the upcoming film On The Basis Of Sex, the Rainbow singer demands equality and shows people banding together at the ballot box to make their voices heard. Echoing the classic protests songs of another era, Kesha shines on this rally-ready hymn.

In the lyric video released on Wednesday, the voter registration group HeadCount works to register people and help enact the change that Kesha preaches throughout the song. In an essay for Refinery 29 this week, the singer talked about the message of the song, saying "the key thing to remember is this: If we don’t participate, if we don’t make our voices heard, things will only get worse. In order to create the lasting change we want, we have to stay involved and above all, we have to vote."

Equality and politics also stand at the center of On The Basis Of Sex, the film the song was created for. The movie stars Felicity Jones as a young Ruth Bader Ginsburg as she brings a sex descrimination case before the U.S. Supreme Court. "In watching the film I was struck by how much Ginsburg was able to accomplish in her life, and at the same time, how much more there is to do in the fight for equality for all people" writes Kesha. "It reminded me of — and strengthened — my belief that any single person can make lasting change, starting with one small action."

On The Basis Of Sex is due out December 25th.