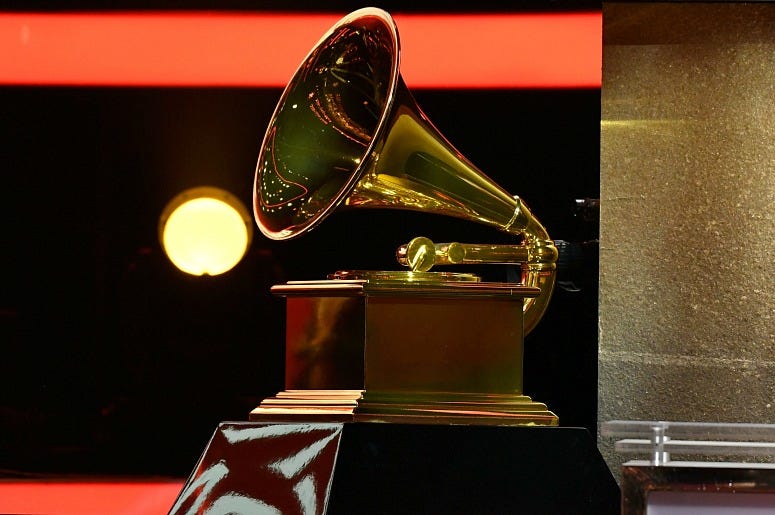 It has been another amazing year for music, and the time has comes to hand out some trophies to our favorite artists. The 61st annual GRAMMY Awards announced the nominees Friday morning, and there are more of them than ever before. This year four of the top categories are expanding to include more musicians than in years past. The Album Of The Year, Song Of The Year, Record Of The Year, and Best New Artist categories.will jump from five to eight nominees each. That makes the debate to see who will land of top nearly twice as heated, and allows for more artists to get the recognition we know they deserve. More music is always a good thing.

First the nominees for the night's top prize, Album Of The Year. This year the nominess are Cardi B's Invasion of Privacy, Brandi Carlile's By The Way, I Forgive You, Scorpion by Drake, H.E.R. from H.E.R., Post Malone's Beerbongs & Bentleys, Kacey Musgraves' Golden Hour, the Black Panther soundtrack curated by Kendrick Lamar, and Dirty Computer from Janelle Monáe.

"Being a young black queer women in America, there was something I had to say" Janelle Monáe said on CBS This Morning as her album was revealed to be nominated for Album Of The Year.

The nominees for Record Of The Year are "I Like It" by Cardi B, Bad Bunny & J Balvin, "The Joke" by Brandi Carlile, "This Is America" from Childish Gambino, "God's Plan" by Drake, "Shallow" by Lady Gaga & Bradley Cooper, "All The Stars" from Kendrick Lamar & SZA, "Rockstar" by Post Malone featuring 21 Savage, and "The Middle" by Zedd featuring Marren Morris and Grey.

Other major category nominations can be found below, and you can find the full list of nominees here. The GRAMMYs happen live on February 10th on CBS.

FROM A ROOM: VOLUME 2