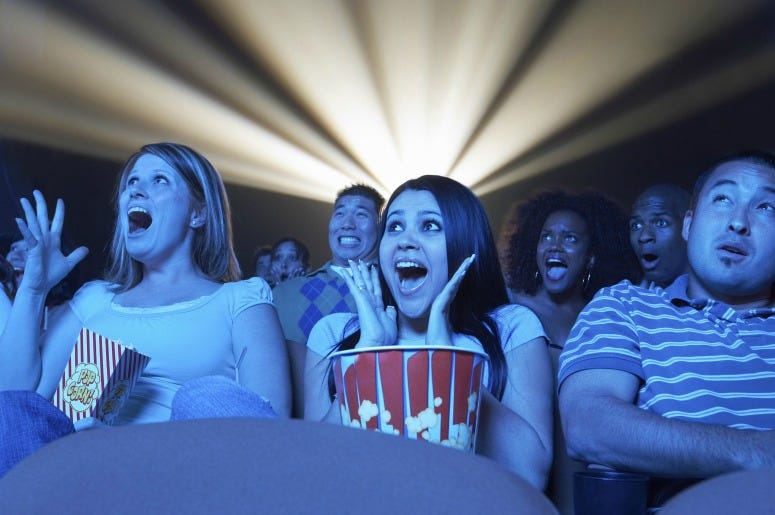 An opening weekend of 77.5 million dollars is enough to drive even the most reluctant monsters out of your nightmare, or the lake, ot wherever they might be hiding. The success of Halloween this weekend at the box office has caused several of your favorite characters to consider a return to the big screen.

First up is Jason Voorhees, the hockey mask-wearing terror of Crystal Lake. His film series Friday The 13th, is said to be getting a reboot courtesy of Lebron James. The greatest basketball player on the planet has taken his talents to Los Angeles, and with that has come a slew of projects announced from his SpringHill Entertainment. According to Variety, the latest is a first look deal on the rights to the franchise.

It's been nearly a decade since Friday The 13th was in theaters, with the last installment debuting in 2009.

Basically James is just remaking all of his childhood favorites, as he is already attached to produce and star in a Space Jam sequel. Jason does have a slightly higher kill count than Marvin The Martian though.

Another favorite set to scare again could be Freddy Krueger. The dream-demon from A Nightmare On Elm Street has been played by Robert Englund throughout his existence, with the exception of a reboot in 2010. Englund has always been reluctant to reprise the role, but after an appearance on The Goldbergs set to air Wednesday, he tells Access Live "I might have one left in me."

One, two, Freddy's coming for schmoo.
Celebrate Halloween with #TheGoldbergs tomorrow at 8|7c on ABC! pic.twitter.com/TBOGOQRPgj

The last time Englund was in a feature film as Freddy Krueger, it was in 2003's Freddy Vs. Jason.