Beyoncé is always full of surprises, but her HOMECOMING: THE LIVE ALBUM has become a triple threat.

The album was released as a surprise of course, because Bey. It debuted the same morning that her documentary, Homecoming: A Film by Beyoncé,  landed on Netflix. The album features the complete concert from her historic performance at Coachella in 2018, but also includes a surprise cover of Frankie Beverly and Maze's song "Before I Let Go." The song soundtracks the credits to the film, and was immediately met with joy from the Beyhive and beyond. 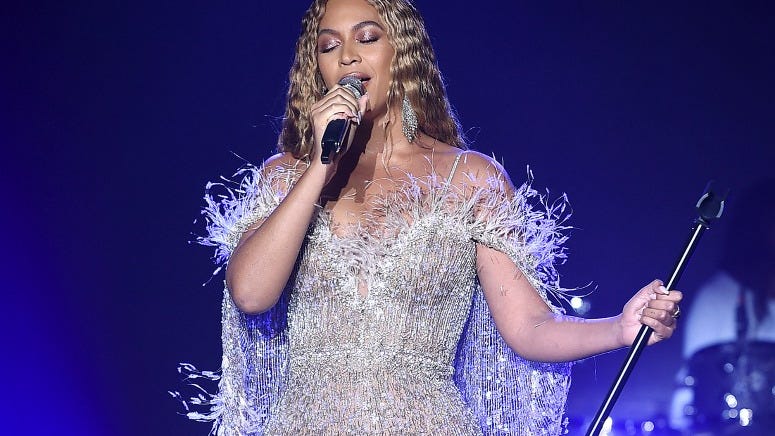 But Beyoncé wasn't done wowing fans with her latest project. The "Formation" singer posted her first Instagram Story this week, featuring footage of fans dancing to her cover of the 1981 jam. The surprise tribute set off the #BeforeILetGoChallenge, with fans sliding into their own dance to the song, and the videos have flooded timelines around the world ever since.

In theory, the challenge is easy to do. You just have to follow the words of the song. "Turn around, kick, then slide and twirl that ass to the right" she sings. "Now ooh, bunny hop, bunny hop, drop, pop. Cross your legs, turn around and clap."

It's much harder to do in reality. You can check out some of the highlights below.

In a new interview with Billboard, Frankie Beverly called the Beyoncé cover, "one of the high points" of his life. "She's a great friend of mine, but I didn't know she was going to do this" he explained. "It's a blessing. It's amazing how she works, she's very smart. I'm caught off guard, but in a beautiful way. She's such a sweet person too. She's a very sweet, religious kind of person. Then the way she just released it, it's off the chain."