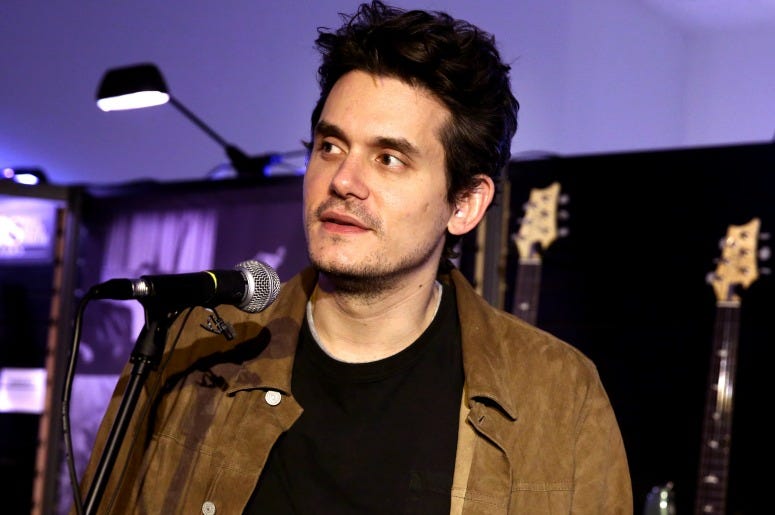 A military father and a Marine Corps Base Camp visit in 2008 helped inspire John Mayer to want to do more for our veterans.

"That gave me a really fluorescent look at what was going on in the barracks" Mayer tells the Associated Press about the trip with his friend. He wasn't there as a special celebrity visit, just a normal day with an unfiltered look at the surroundings. "It was going to the wounded warrior barracks that I think changed me forever. It immediately showed me that my notion of what I think (are) the wounds of war are completely wrong. The way in which I was proven wrong was so compelling and fascinating and nuanced.”

That moment was the first spark for The Heart And Armor Foundation, an organization dedicated to improving the health of veterans through research. They work within the community and towards reducing the "negative consequences of military service." Mayer is the founder of the organization.

The foundation was officially announced on Friday, but Mayer and company have actually been actively working on this project since 2012, gathering data and donations to help support their cause. Mayer and others from the organization took part in a panel discussion on Facebook this weekend titled "How War Changes Women, How Women Change War” as part of their launch event. You can watch the event below.

Thank you for watching the Heart and Armor launch event and Q&A. Learn more at heartandarmor.org

The Heart And Armor Foundation have a few clear goals in mind. They hope to heal mental health wounds with scientific discovery, to support women veterans with specialized research, reduce isolation with community events, and increase connections between veterans and civilians. They will do so with programs and research, all aiming to improve the life of veterans. By having a head start before announcing, they have already laid the groundwork by publishing some of their research, developing new treatments for PTSD, and crafting nutritional screening for women veterans.

John Mayer's father is a veteran of World War II.

Mayer is also set for a summer tour beginning in July. You can find the full list of dates here.