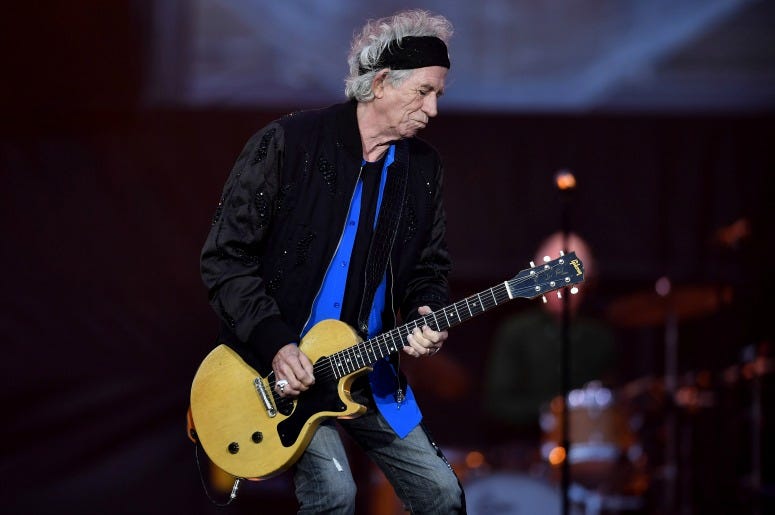 Keith Richards is done drinking, for the most part.

The legendary guitarist from The Rolling Stones is preparing for a US tour, and tells Rolling Stone in a new interview that he's doing so with a different feeling. “It’s been about a year now” Richards tells them of his choice to stop drinking. “I pulled the plug on it. I got fed up with it.”

Richards relationship with drinking isn't exactly a clean break, he admits "a glass of wine occasionally, and a beer” but found it was time to quit “all the other stuff.”

Apparently things had gotten bad for Richards, who has a legend with drugs and alcohol that looms as large as his musical persona. “I think the Keith that we used to know and love had this cutoff point where if he had one more, he’d go over the top and he’d be nasty" explains Ronnie Wood, who himself has been sober since 2010. "The cutoff point became shorter and shorter, you know, and he realized that.”

Cutting back has already made a difference for Keith, “It was interesting to play sober” he says of his first shows since making the change.

The Rolling Stones will kick off the No Filter US Tour in 2019, a trek that takes place fifty-five years after the Stones first tour of America. When we talked with Keith at the announcement, he told us that he's "run out" of vices. "Somebody send me one" he laughed.

Check out the full list of No Filter dates here.