There's a new king of R&B, and the numbers tell the story.

Khalid has claimed the top spot on the Billboard 200 Albums Chart, rocketing Free Spirit to the number one album in the country. The blissful vibes of the "Better" singer's sophomore effort has not only has taken the crown as an album, but it has also sent a shockwave across the R&B charts. Khalid has become the first artist ever to claim the entire top 5 on the Billboard Hot R&B Songs Chart. 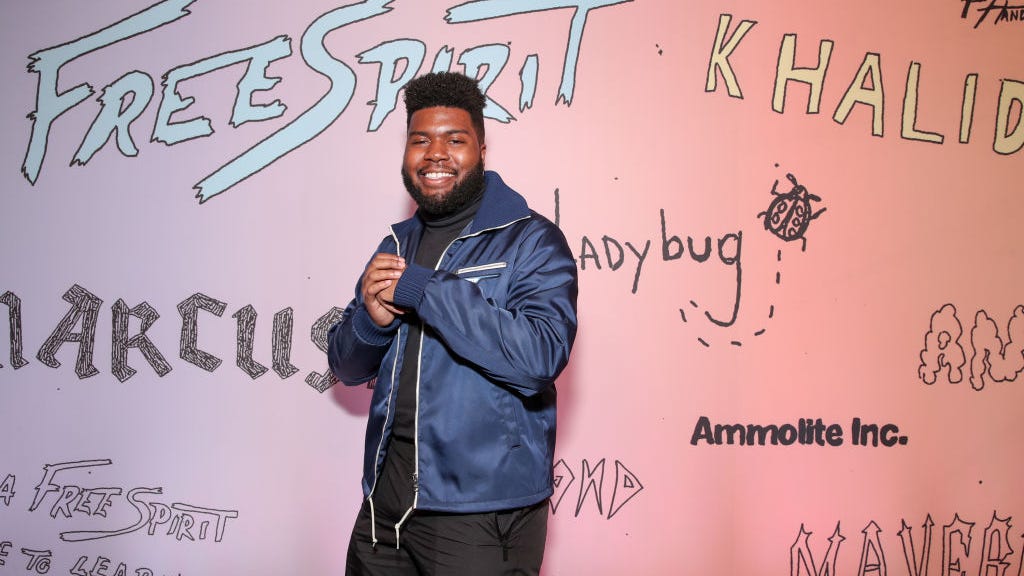 "Life gets crazy sometimes and I often find myself trying to keep it together" Khalid wrote on Tuesday, reacting to the achievement. "One thing I’m so thankful for are the people who support me so this really goes up to y’all"

All 5 of the songs featured at the top are featured on Free Spirit, the Texas artist's follow-up to American Teen. It's the biggest album from a male solo artist so far this year, and the fourth biggest debut overall behind Ariana Grande, Billie Eilish, and the Backstreet Boys. Khalid is also the first R&B artist to land at the top in a year, since The Weeknd notched a number one in April of 2018.

Considered one of the standouts of Coachella's third and final day, Khalid featured guests like Eilish, Halsey, and Normani during his celebratory set. He will return to Coachella for weekend two on April 21st.