"I am completely lost. I’ve lost my best friend" wrote Lauren London on Instagram on Tuesday. The actress and partner of Nipsey Hussle posted a picture of the artist who was shot and killed on Sunday, accompanied by a few short words about her loss. "I’m lost without you. We are lost without you babe. I have no words."

London and Hussle had been dating for several years, and have a 2-year-old son together. 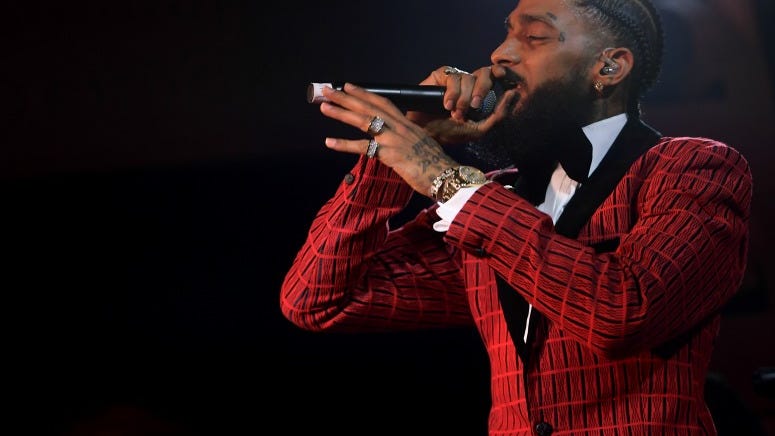 Drake, Rihanna, and More React to the Death of Nipsey Hussle

The 33-year-old rapper was fatally shot in Los Angeles outside of his Marathon Clothing store on Sunday afternoon. He was pronounced dead at the hospital. On Tuesday LAPD announced the capture of a suspect named Eric Holder who has been taken into custody for a connection to the murder.

Among the outpouring of support for London were comments from Jennifer Lopez. "Sending you love and praying for God to give you and your family all the strength you may need during this time" she wrote.

"We love and support you and the kids. Wegotchu" commented actress Gabrielle Union. "Soulmates forever! We are all sending you, your babies and your family the brightest most protective and loving collective unified light beautiful sister" added Alicia Keys.

"May God be with you every step of the way along with him in Heaven" wrote Ciara. "We are all lifting you and your family up in prayer at this difficult time. Stay strong mama."

Holder is expected to be charged with murder and to appear in court later this week.