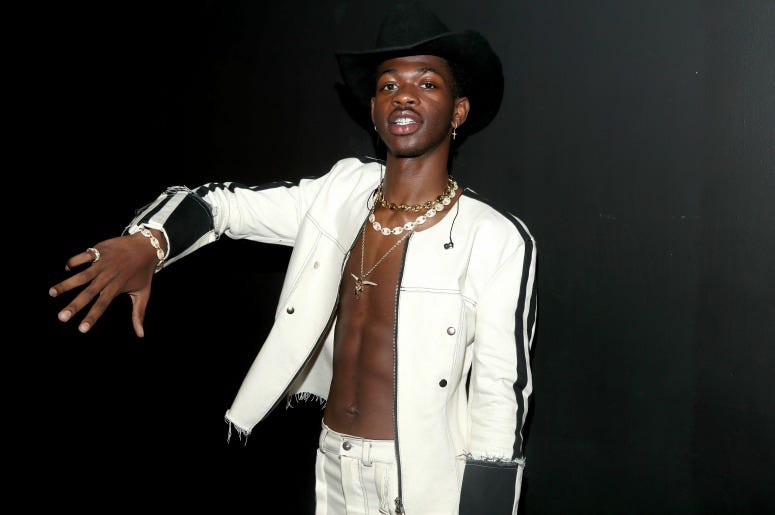 Who knows what heights "Old Town Road" would have reached without the helping hand of controversy.

It was the song's removal from the Country chart by Billboard in March that took Lil Nas X to the next level, and might have been the spark that the viral hit needed to climb to the top spot in the entire country for 11 weeks.

Headlines about labels and genre qualifications thrust the song into the spotlight, and helped make the Atlanta native the most sought-after artist of the year. Now oddly enough, the catalyst for conversations about labels in music has made his official debut, with an EP that defies easy labels.

The 7 EP from Lil Nas X leads with the now ubiquitous "Old Town Road" remix with Billy Ray Cyrus, but it is quick to subvert expectations. The hit is followed by Lil Nas X's second single, "Panini", released only one day before the EP. The song is a sharp and slinky, confessional trap jam, somehow with a Kurt Cobain writing credit for the melody of the chorus. This is more of the pure Hip Hop that SoundCloud sleuths expected, but the wheel is promptly pulled with "F9mily (You & Me)".

The third track of 7 is born of 00s indie alt rock, with stuttering guitars, handclaps, and crashing drums. It's an unforeseen but excellent tune and turn for the image of Lil Nas X.

Later on "Bring U Down", X furthers his rock rembrance by singing over a sludgy bassline with possible Pixies inspiration. The Ryan Tedder and Zach Skelton-produced track is a blazing piece of early alternative rock, and another side previously hidden for the 20-year-old.

This is not a rock record either though. X still shows off some Country crooning beside Cardi B, on the swirling and swaggering track "Rodeo". The rapper also has bars on the song "Kick It", and shows some vocal dynamics on the smooth, "C7osure", produced by Drake associated Boi-1da.

Long story short, this is an everything EP. One that rejects genres, like Lil Nas X always have. Chances are "Old Town Road" could have had the same success without the controversy, but likely this labelless artist was always at the center.