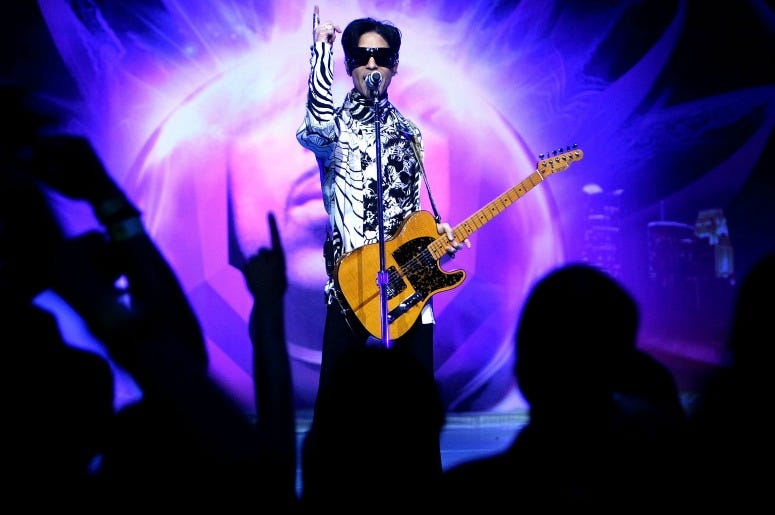 In 1983, Prince was still building his legend.

Between the landmark albums 1999 and Purple Rain, the artist was a star about to enter icon atmosphere. That's where we find The Purple One during Piano & A Microphone 1983, the first released glimpse into Prince's vault.

The nine-song album is taken from a solo piano rehearsal tape, unearthed by an archivist and released by the singer's estate. Over thirty-five minutes we find Prince confidently pounding the keys to popular B-side "17 Days", noodling away at what would become "Purple Rain", and intimately performing "International Lover". The tape also includes four previously unreleased songs, including the seemingly off-the-cuff "Cold Coffee & Cocaine" and the soulful "Why The Butterflies."

Along with the album's release, the estate has released a video for "Mary Don't You Weep" featuring a strong message on gun violence.

The guitar might be the instrument that helped unleash the legend of Prince, but here the piano offers something much more revealing. This is a coveted collection for the most die-hard Prince fans, and at the very least an intimate glimpse into the process of one of music's most amazing artists.

Piano & A Microphone 1983 is now available everywhere. You can find out more here.