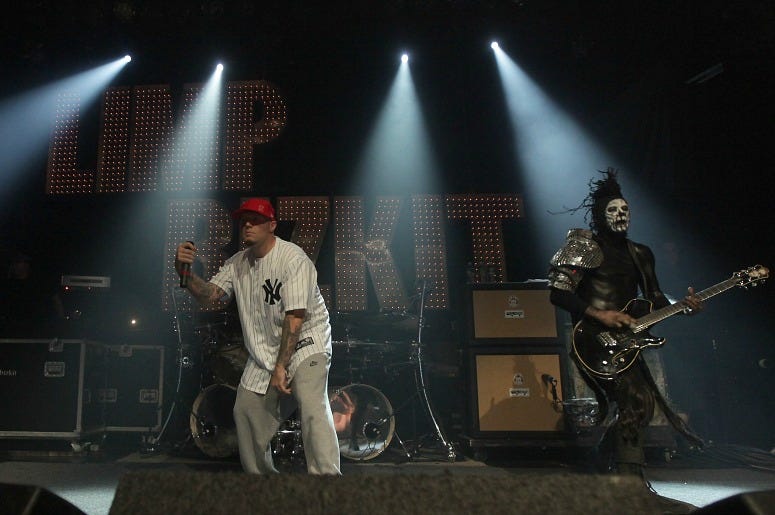 Hey rockers, hip hoppers, and everybody all around the world, Limp Bizkit is working on a new album.

If you find yourself "jonesin' for a fix of that Limp Bizkit mix", it appears that your nu metal thirst could be quenched soon. Guitarist Wes Borland posted several pictures on Instagram Wednesday, showing shots of the studio and the recording of some riffs for an upcoming album. This studio session has been delayed after both Borland and singer Fred Durst suffered severe losses from the California fires last month.

The last Limp Bizkit album was Gold Cobra, which was released in 2011. At the time, it was their first album with the original lineup since 2000's Chocolate Starfish and the Hot Dog Flavored Water. More recently, the band made news during a performance of "Break Stuff" in which the roof literally broke, and their set was forced to end early.

You can check out more shots of Wes Borland in the studio here.