The K-pop group took home two awards and had the marquee performance of the night with "Boy With Luv" featuring Halsey. The Top Duo/Group and Top Social Artist winners were magnetic on stage, but took plenty of time to be the center of attention in the audience as well. 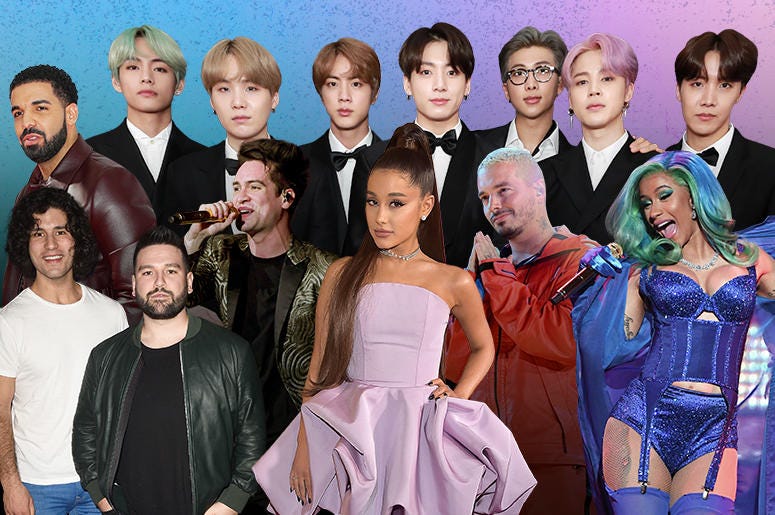 As the show neared the close, the group strted posting pictures of all of the amazing artists that they were meeting throughout the awards. From Drake to Madonna, these are the new BTS fans the boys found at the Billboard Music Awards.

Earlier backstage, as RADIO.COM sat down with BTS to talk about their first performance of "Boy With Luv" with Halsey, she dropped in as an unexpected guest. Together they talked about the choreography of the performance and the new bracelets that Halsey gifted them earlier this week.

"It's a secret" she said of the bracelet's meaning, waiving her wrist alongside the members of the group. "It's just so they remember me when they go away. When they go back to Korea and I don't get to hang out with them everyday like I do now."

BTS begins their sold out Love Yourself: Speak Yourself World Tour this weekend.