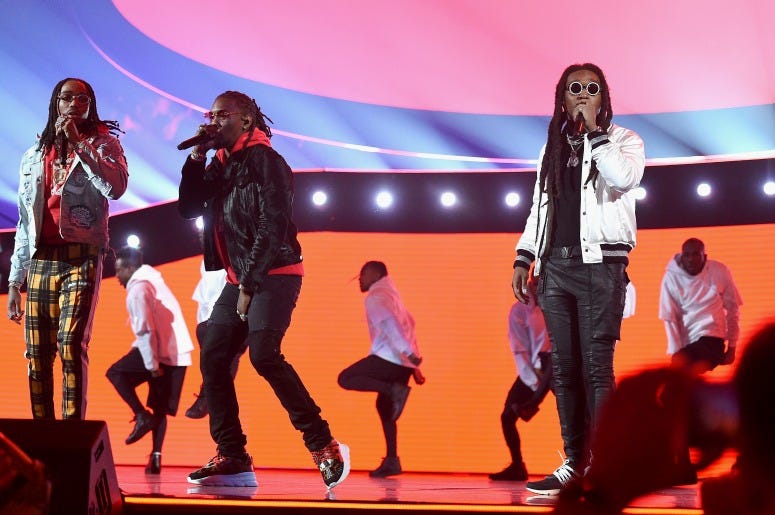 This year's Nickelodeon Kids' Choice Awards are set to drip more than slime.

Migos has confirmed that they will perform a medley of their hits on the show airing live on March 23rd. The group is nominated for their first orange blimp, and will take the stage together after each of the three members released a solo album over the past few months. This year's Kids' Choice Awards are #blessed to be hosted by DJ Khaled.

Offset Did Not Enjoy SNL's Migos Parody With Childish Gambino

The last of those solo efforts is from Offset, who got personal last month on his album FATHER OF 4. Rapping about his upbringing and his relationship with Cardi B, the LP marked some strong growth and another step forward for Migos as a whole. Along with Quavo and Takeoff, the "Red Room" artist has maintained that each of these solo efforts were in support of Migos, and that the group would return for Culture III soon.

Well, soon just got more specific as Offset started answering fan questions on Twitter. He claims that the group's third edition in the series will be out in January of 2020.

Culture came out on January 27th in 2017, and Culture II dropped on January 26th in 2018. With a year off to support their solo releases and to solidify their family, we'll mark the last weekend of January 2020 for Culture III, for now. However, with all things Migos, this date is subject to change.

You can revisit Offset's FATHER OF 4 here, and watch more on his solo debut below.