Miley Cyrus manages to cover a lot of ground in just six songs on SHE IS COMING. The EP is just the first of three that the singer plans to release this year, with SHE IS HERE and SHE IS EVERYTHING slated to arrive later in 2019.

Packed with punk pop, rattling Hip Hop soundscapes, bold mission statements, and dreamy, atmospheric moments, SHE IS COMING is a return to form for the unapologetic provocateur ways of the star. After a brief detour into country-tinged sun-soaked songs on 2017's Younger Now, this new batch plays like a mature sequel to 2013's Bangerz both in sound and attitude. 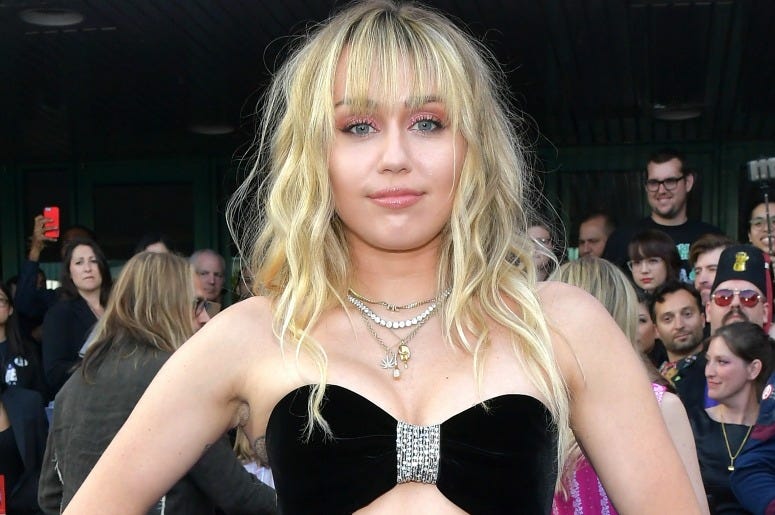 Cyrus gets some key assists in her latest pop barrage, with Wu-Tang Clan's Ghostface Killah dropping a verse on the reimagined "D.R.E.A.M.", Swae Lee proving to be a sweet dance partner on "Party Up The Street", and RuPaul getting raw on the rave rager "Cattitude." Add in production from Mark Ronson, RZA, and Mike WiLL Made-It and Miley stands on front line of a disrupting dream team.

It's a 19 minute whirlwind from Cyrus who has grown into her once-shocking skin and owns it like never before.

SHE IS COMING is now available everywhere.