The New Kids On The Block are set to roll out the 30th Anniversary edition of Hangin' Tough, the breakthrough album released in 1988 from the Boston boy band that made them heartthrobs and hit-makers. With it the group scored 5 top ten hits and landed on bedroom walls around the world.

Now with a deluxe edition of the classic album, the group is embracing their place in boy band history and honoring those that have come before and after.  On the new song "Boys In The Band (Boy Band Anthem)", NKOTB hit on everyone from O-Town to Motown, name-checking Boyz II Men, Jodeci, *NSYNC, and more. "Let's go back to the beginning, pay respect, New Edition. Then came BBD, BSB, B2K, 1D, 98 Degrees, 'Come and Talk to Me', Jodeci" they sing. 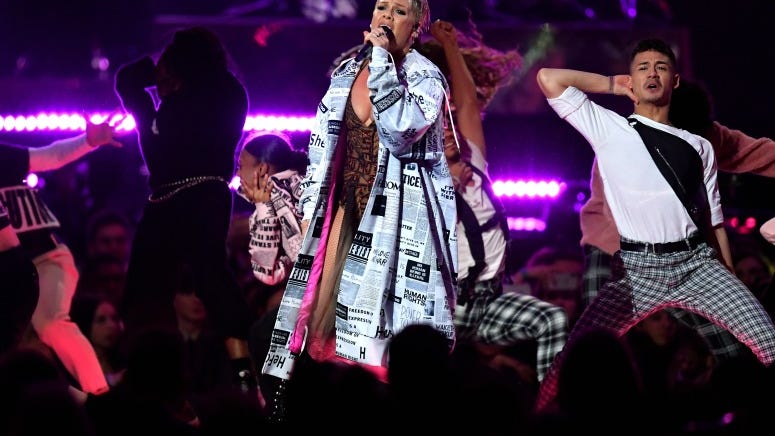 As the song schools eveyone on Boy Band history, the video also takes you back to class with a cameo from Lance Bass as the teacher. The group enters as old men there to inform, but they transform as they tour through the decades with outfits from the different eras. Bell Biv Devoe comes through for an assist, and so does Debbie Gibson in this nostalgic clip.

Hanging Tough 30th Anniversary is due out on Friday March 8th, and features three new songs and five remixes of their biggest hits. The grouop is set to start The Mixtape Tour in May. You can find the full list of dates here.