Arya Stark has seen death, but it has never been as fast and dangerous as this. She seems to run through the halls, bloodied and scared, the first sign that the stakes are higher than ever.

The trailer for the final season of Game Of Thrones has officially arrived, and the upcoming battle with the White Walkers is on the mind of everyone is Westeros. John Snow and Daenerys have come to Winterfell with the hopes that two dragons are better than one, as Jaime Lannister looks prepared for battle. Meanwhile Cersei nervously looks on and sips her wine. 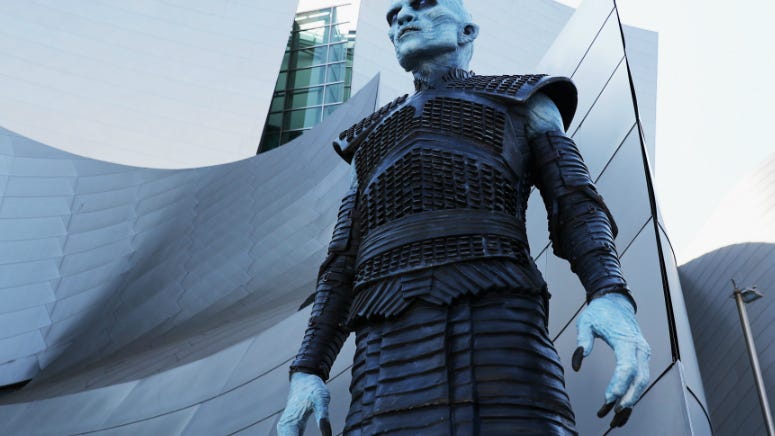 Almost everyone seems united against the ultimate threat.

Finally Arya is a part of the battle as she sharpens her dragonglass, but the ominious stomp of exposed bone and a horse's hoof proves more troubling than anything we've seen up until now.

The final season of Game Of Thrones debuts on April 14th.