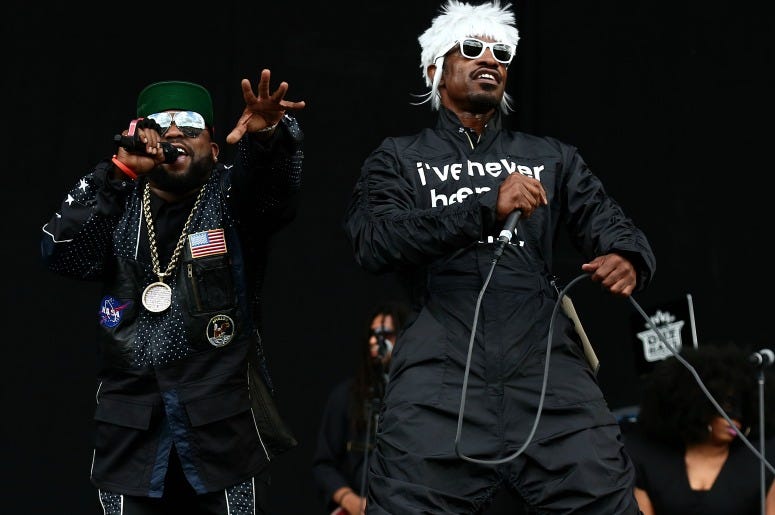 It's been almost five years since OutKast  performed together on stage. The legendary duo of André 3000 and Big Boi came back for a string of festival shows in the summer of 2014, but since then they have both been working on other projects with the GRAMMY-winning group appearing to be in the rearview mirror.

Fortunately, it appears the friendship is still going strong from these ATLiens.

Both André 3000 and Big Boi were together this weekend for the high school graduation of Big Boi's son Cross. The three were all smiles as they celebrated in an Instagream post on Saturday.

As for André, he recently turned in features for both Anderson .Paak and James Blake.