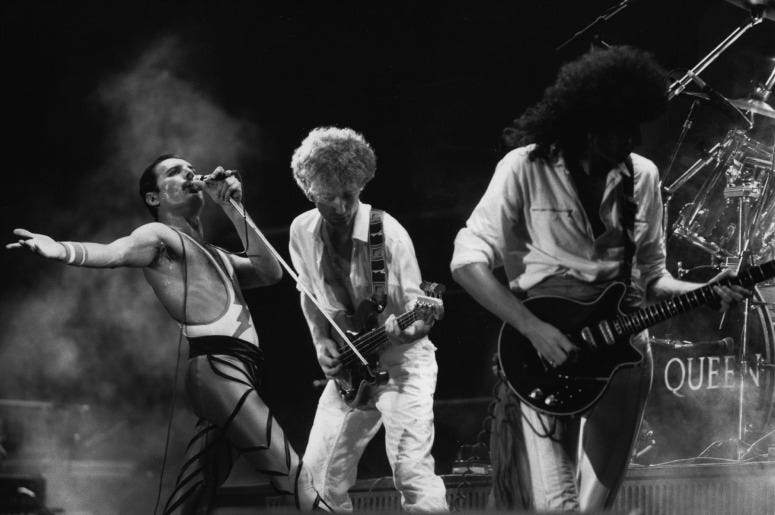 Just in time for the release of Bohemian Rhapsody, Anthony Vincent and Ten Second Songs has done it again.

The YouTube star is flexing his skills to show what “Bohemian Rhapsody” would sound like, if it were sung by some of our other favorite artists. From Ozzy Osbourne and Frank Sinatra, to Kendrick Lamar and Bobby McFerrin, over forty styles are explored by Vincent and it’s too good not to watch.

There’s a lot to love here, but our favorite version remains the original from Queen. The biopic on the band opens Friday and tells the story of the band’s beginnings up to their legendary performance at Live Aid.

Bohemian Rhapsody is in theaters on November 2nd, and the soundtrack featuring never-before-heard live performances and some classic Queen cuts is available everywhere now.