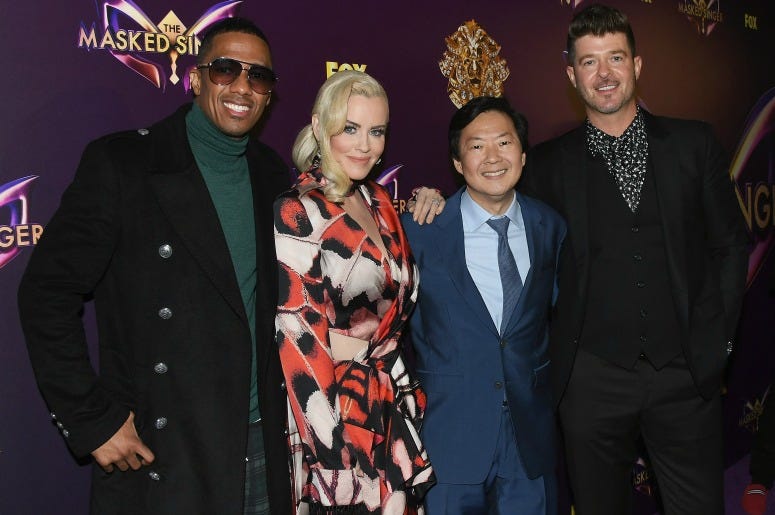 We never dreamed we would fall for you.

The Masked Singer has managed to capture our hearts against all odds, leading to real-life conversations about who is inside the Pineapple, and which *NSYNC star is really the Rabbit. Filled with left-field guesses and second-run celebrities, it has been the most unlikely addiction of 2019 thus far. Now we are just hours away from unmasking our final three stars and the theories are flying. 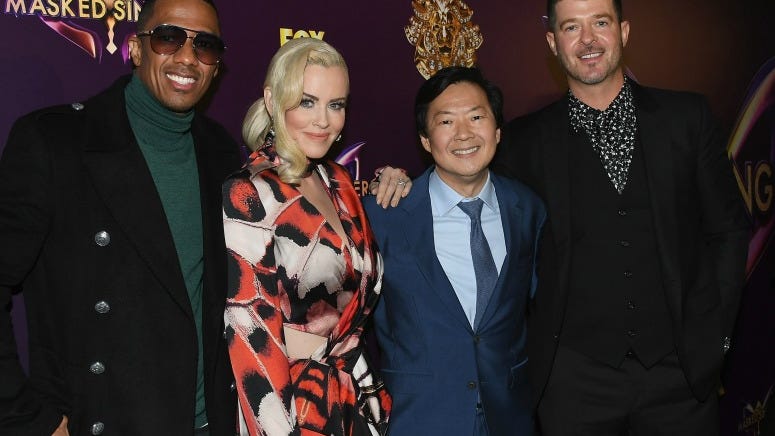 Spoiler Alert: ‘The Masked Singer’ Is Bonkers and Perfect

If for some unreal reason you have avoided The Masked Singer, allow us to offer some zoological enlightenment. The show is based on the South Korean show King Of Mask Singer, and hides the identity of singing celebrities with costumes, like the bad boy Hip Hop Hippo or the sultry and space-age Alien. These stars are not always singers, in fact they are usually not. They sing and compete against each other as a panel of judges attempt wildly to solve the mystery, with the lowest-rated masked singer of the night revealing their identity. The combination of bizarre guesses, cryptic clues, singing animals, and celebrity intrigue is just bonkers enough that we were hooked after the first bite.

Now after nearly two months of television, we are down to the final three. But before we tell you who is definitely, most likely, maybe behind Bee, Peacock, and Monster, here is who has been revealed so far.

Spoiler alert in case you are some kind of crazy person who actually DVRs reality game shows and haven't caught up yet. Who are you and what is your life? For the rest of us, here we go.

😁 @NickCannon and Terry Bradshaw were all smiles during the reveal! #TheMaskedSinger pic.twitter.com/FZNXsDtYvD

‘The Masked Singer’ spoilers: Did YOU guess the Poodle was actually Margaret Cho in episode 4? [WATCH] https://t.co/TCOpGYzu2V pic.twitter.com/4tGBqEPCbj

‘The Masked Singer’ revealed: Did YOU guess the Unicorn was actually Tori Spelling in episode 5? [WATCH] https://t.co/vzXlKd3YE7 pic.twitter.com/k8r5NxRZ2p

It's always a good time on #TheMaskedSinger! 🙂

Valentine's Day is just around the corner! ❤️ Tag someone who has abducted your heart. #TheMaskedSinger pic.twitter.com/oJivUQQLUT

Nine of the twelve masks have been removed leaving only the Bee, Monster, and Peacock. The speculation has been strong, but we have our own guesses for who the remaining three will be.

First the Bee. We've been thrown by the baking clues, thinking that this could be the pie master Patti LaBelle, but we still have to go with our gut and say that the Bee is the legendary Gladys Knight. The clues about singing since the 50s, the hit records, and that voice all have us thinking it's the Empress Of Soul. Her appearance at the Super Bowl cemented our speculation, and we're sticking with it. The Bee is Gladys Knight.

We were convinced that the Peacock was Neil Patrick Harris until he tweeted, "I'm not the Peacock." Now we've adjusted our thinking and feel like the clues about a showbiz childhood, his various different roles, and that voice could mean it's Donny Osmond. That Peacock is definitely Donny.

And then there's the Monster. The smart money is on "Buy U a Drank" singer T-Pain. The "rewriting his mixtape" after being labeled by the world, seems to be the same reasons the singer might hideaway like the Monster. Without the auto-tune, who knows for sure what T-Pain sounds like? We do! He sounds great during this NPR Tiny Desk Concert.

So there it is. The final three singers from The Masked Singer, unmasked. Unless they're not. We've been wrong most of the season, but this time we're totally right.