Brie Larson and Samuel L. Jackson are just hours away from unleashing the power of Captain Marvel on the world, but first they're riding around to "work on that bond."

The super friends are a part of the latest episode of Carpool Karaoke, which will be available for free on the Apple TV app on Friday. Together they sing Ariana Grande's "7 Rings" before Jackson puts the pair up to a lie detector test. Larson answers tough questions about her co-star's acting, his hats, and his "strong singing voice" before Jackson clears the car with his answers. 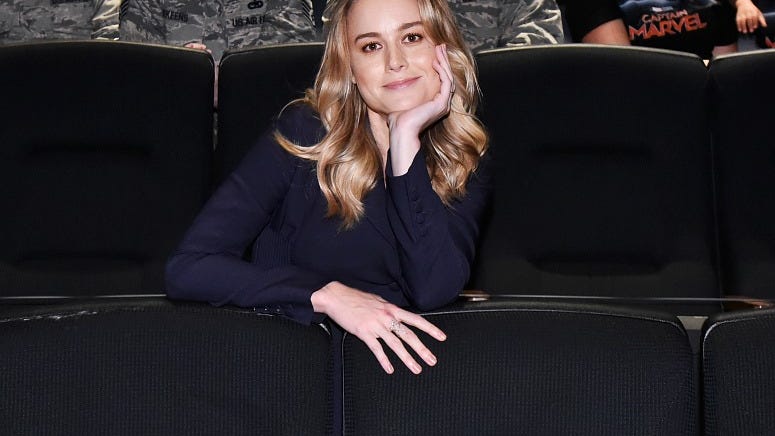 Captain Marvel features the duo back in the ‘90s, as intergalactic force Carol Danvers links up with Nick Fury and a feline friend to take on the evil Skrulls, who are shapeshifting aliens that hate Blockbuster Video and all things awesome. We talked with Larson, Jackson, Clark Gregg, and Ben Mendelsohn about the human story at the heart of Captain Marvel and the casting of that important cat. Check it out below.

Captain Marvel is in theaters worldwide on March 8. Click here to purchase tickets from Atom Tickets.