It's time to welcome a new generation into the world of Aladdin.

The story, the songs, and the style of the Disney classic unfold in the new live-action edition of the film directed by Guy Ritchie. With a diverse cast anchored by the wonderful Will Smith as The Genie, the film explores a world beyond the animated movie you remember. After a global casting search, the film also found Mena Massoud as Aladdin and Naomi Scott as Jasmine, who lead viewers through this rich retelling. There's even a strong new character played by former SNL cast member Nasim Pedrad to expand this Arabian adventure. 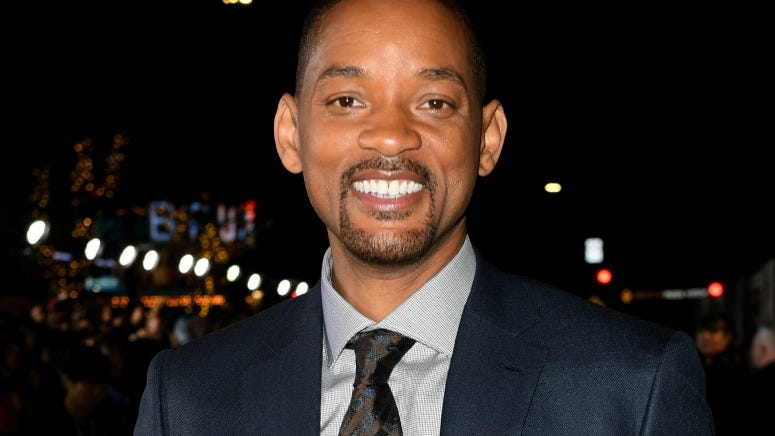 Watch Will Smith Rap "Friend Like Me" From 'Aladdin'

Along the way there's the music that made you fall in love with Aladdin the first time around, with original composer Alan Menken teaming with the Oscar-winning duo behind La La Land and The Greatest Showman, Benj Pasek and Justin Paul. Together they have updated the timeless songs you know, as Will Smith adds his own attitude to "Friend Like Me" and Zayn and Zhavia Ward team up for a high-flying, heart-touching edition of "A Whole New World." They have also created a brand new song for Jasmine.

"The story is a progression of how she finally speaks out and becomes the leader that she's destine to be" explains Naomi Scott, who plays Jasmine. In the film, she performs the empowering new anthem, "Speechless."

"She says enough is enough" Scott adds. "I have a choice here, and I'm gonna stand up for what I believe in."

"Speechless" is an exciting new addition to a film already filled with award-winning music. The original version of "A Whole New World" won the Academy Award for Best Original Song at the 65th Academy Awards, and the Peabo Bryson and Regina Belle edition captured Song Of The Year honors at the 36th Annual GRAMMY Awards. It also landed at number one on the Billboard Chart.

Aladdin is a celebration of the beauty of Arab culture, and Disney went all out to make sure they properly told this timeless story. The studio employed cultural consultants who carefully reviewed every aspect of the film to make sure it properly expressed the thriving world in which this movie is made. It's a testament to the care taken in delivering this thrilling adventure.

You can watch a special behind-the-scenes look at "Speechless" and the making of Aladdin below. Get your tickets now to experience the whole new world of Aladdin, in theaters on May 24th.