Tyrion's Hand To The Queen pin, Jaime Lannister's hand, Jon Snow's Longclaw sword. All are scattered in the snow after what has to be a horrific battle at Winterfell. Who is even left?

HBO has rolled out another teaser for Game Of Thrones Season 8, and this time the remnants left behind after the battle with the White Walkers are more troubling than any of the action we have seen. Daenerys' chain? Arya's Needle? And is that the silhouette of the Night King? 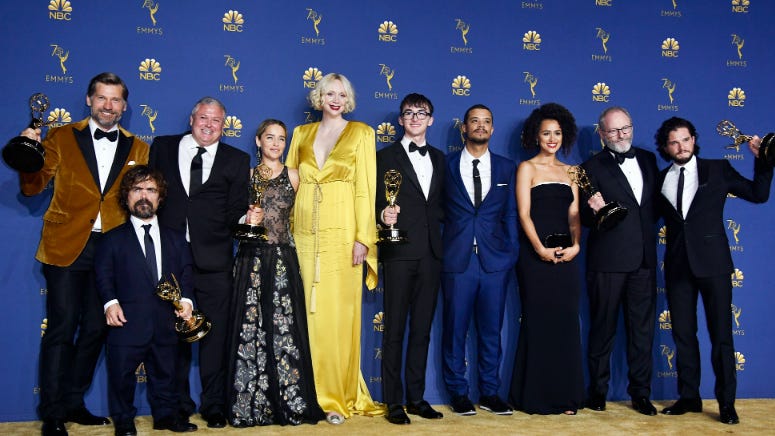 At this point our nerves might not make it to April 14th, when the final season finally debuts. The show has continued to release teaser trailers, like that's a thing that actually needs to happen, and each one appears more dreadful and dangerous than the last. Take a deep breath and know that we are less than two weeks away.

On a lighter note, the show has also offered up a behind-the-scenes video showcasing the amazing visual effects work that goes into creating Westeros. Steve Kullback and Joe Bauer reveal some of the secrets to shooting one of the most ambitious shows in history, and offer a glimpse at the green screen layering employed in the series. It's far less terrifying than the teaser, so enjoy.

Game Of Thrones returns for the final season on April 14th on HBO.