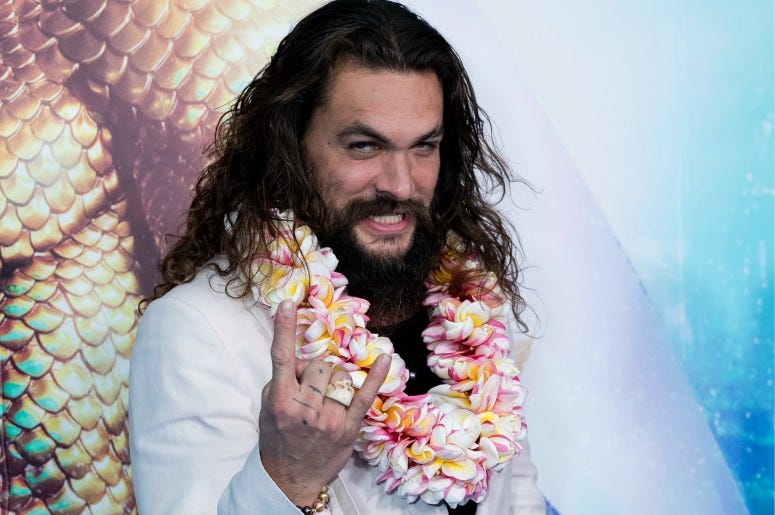 All we want for Christmas is more Aquaman, but unfortunately it will be a few years before we get to unwrap the Jason Momoa sequel under the sea. Warner Bros just announced that Aquaman 2 is set for theaters on December 16, 2022. That's a four year span between the original adventure and the second superhero swim.

Aquaman has been a big success since it hit screens in 2018, making over 330 million dollars domestically and over 1.1 billion dollars worldwide. The underwater extravaganza also earned rave reviews for the willingness to lean into a bonkers sci-fi aesthetic with off-the-wall imagery. It was rewarded, being the most successful DC film for Warner Bros, beating out The Dark Knight Rises for the top spot.

But why the wait for a return to Atlantis? It may be to make room for a few trips to Pandora first.

As Forbes points out, 2022 will be the first holiday movie season without an Avatar sequel clogging things up for challengers. The first two sequels to the 2009 film are set for December 18, 2020 and December 17, 2021. The follow-ups to the highest-grossing film of all time are sure to be box office behemoths, and our trident-wielding​ friend might feel it's best to pick battles, sticking to the sea rather than the Na'vi.

Also, there's more in the works from the Aquaman universe. It was reported earlier this month that a spinoff from the film featuring The Trench has been given the green light. The monsters which fight Aquaman in the movie will be the subject of an upcoming horror film, which Aquaman director James Wan has signed on to produce. Wan is also currently the executive producer for an upcoming Swamp Thing TV series.