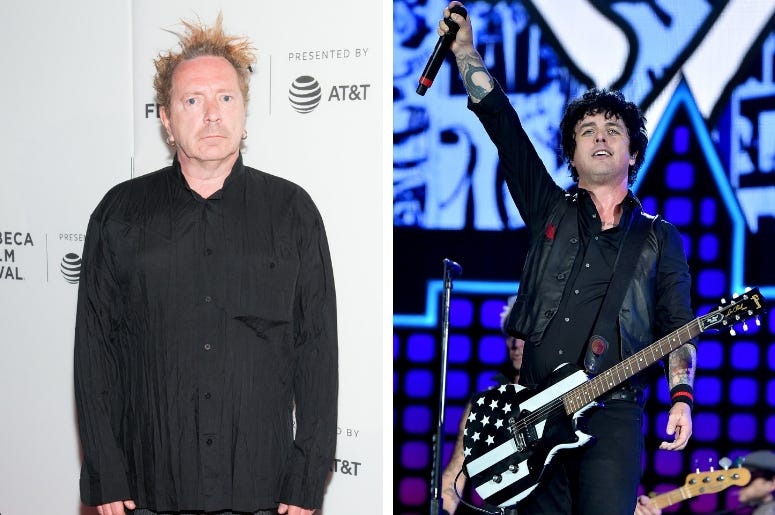 Johnny Rotten and the Sex Pistols helped create the look of punk, but he's ready for you to let it go.

In a new interview with the New York Times, the "Anarchy In The U.K." singer says he's had enough of modern bands such as Green Day trying to keep the style alive that he helped craft.

“It is embarrassing, really,” he explains. “How many bands are out there like Green Day now? I look at them, and I just have to laugh. They’re coat hangers, you know. A turgid version of something that doesn’t actually belong to them.”

Rotten continues by saying punk became a “caricature,” and a “perfect backdrop to sell a pair of sneakers.”

“Punk wanted to maintain the cliché and the uniformity that it didn’t deserve. And I wanted to do new and different things, which is, to my mind, what punk is all about: Do it yourself, which means be true to yourself.”

This is not the first time that Rotten has knocked Green Day and modern punk. "They're closer to Billy Idol than myself" he told Rolling Stone in 2015.