Health issues for Ozzy Osbourne has forced him to cancel tour dates until at least February of 2020, and now we've gotten some of the details about how severe his injuries are.

On The Talk on Monday, wife and host Sharon Osbourne shared the tearful specifics. "He at the beginning of the year had a bad flu that went to bronchitis that went to pneumonia" Sharon said with a quivering voice. "He came out of hospital and he had a bad accident at home. He fell." 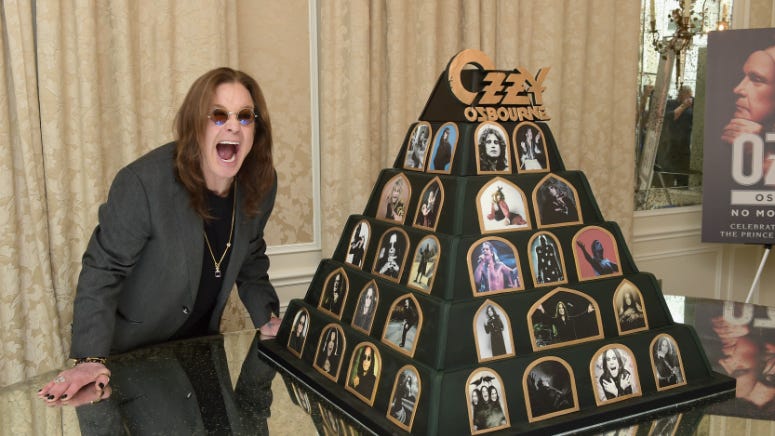 A near-fatal ATV accident in 2003 put Ozzy in a coma for 8 days, and left him with several metal rods in his body. The fall at home severely aggravated those injuries according to Sharon. "All of the metal rods and everything that were put in his body were dislodged" she continued. "But he's good, he's fine, he's great."

The fall is the latest setback for the Prince Of Darkness, who last year canceled dates due to a staph infection in his hand and a burst blood vessel in his eye.

Last week Osbourne released a statement expressing his disappointment. "Words cannot express how frustrated, angry and depressed I am not to be able to tour right now" explained Ozzy. "I’m grateful for the love and support I’m getting from my family, my band, friends and fans, it’s really what’s keeping me going."