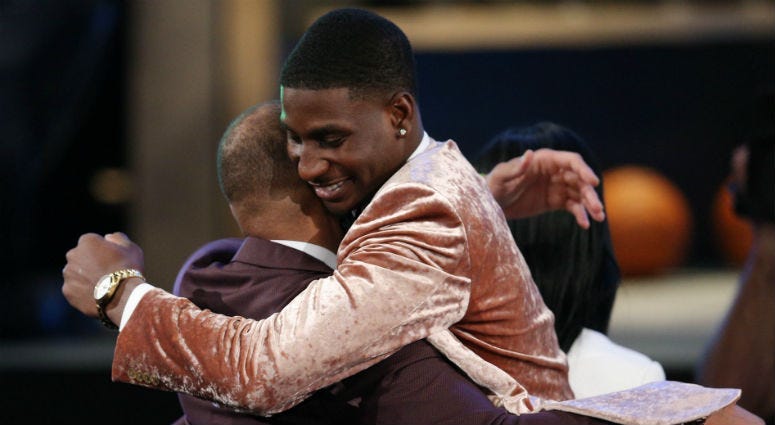 Fine, but what happened to her hand?

Ariana Grande helped James Corden of The Late Late Show “get to work” during his Carpool Karaoke segment on Wednesday night. The singer was dynamic and fantastic, making her way through classics like “Dangerous Woman” and “Side To Side”, as well as songs from her new album Sweetener.

Grande also debunked a few rumors that have followed her through her career.

“What’s the strangest or weirdest thing you’ve ever read about yourself, where you’re like, that just isn’t true” asked Corden from behind the wheel.

“Tons of pregnancy stuff. People really want me to be pregnant” explained Ariana. “They want it so bad.”

“I read a thing that you insist on being carried by your security guard or something” Corden followed up. “There was a picture of me being carried by my tour manager, cause I had just shot a video in pointe shoes” answers Grande. “I posted it because I thought it was cute. Like my toes were bleeding.”

“So that is true?” replied Corden.

“No! That’s so stupid!’ laughed Grande.

The pair had some fun with the rumor as they stopped by Starbucks for a latte, Grande sized of course. Corden carried Grande on his back as she greeted the barista, “Hello I’m Ariana Grande. I must be carried.”

In addition to her own songs, Ariana also showed off her Celine Dion impression and sang a Little Shop Of Horrors tune with Corden.

We never did learn why the Sweetener singer’s hand was bandaged, but apparently that part is still to come.

omg not tonight i think they’re saving that part you’ll have to wait https://t.co/4itwWlo9Bn

the most fun ever. thank u so much @jkcorden for having me @latelateshow. james, i’ll be waiting for my piggyback ride tomorrow at noon pls. pic.twitter.com/d7OjWEi9XQ