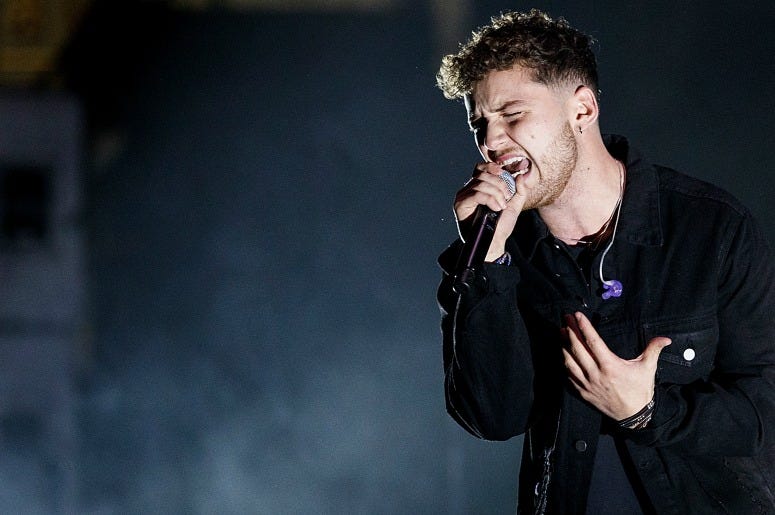 Shortly after Bazzi released his debut album Cosmic in April, the "Mine" singer stopped by Ellen to make his television debut.

Wednesday he returned to the show for a moody performance of his latest, "Beautiful."

Wandering around the garden, Bazzi sweetly croons his way around the love song. For this performance he appears alone, but it's the Camila Cabello assisted-edition of "Beautiful" that has been capturing hearts. The pair released a Romeo and Juliet themed video for the song earlier this week. "We wanted to make something that felt very classic and something that puts you in a different world" Bazzi told MTV about the clip. "We knew being in New Orleans, it'd really capture that elegant beauty that the song holds. It just felt perfect."