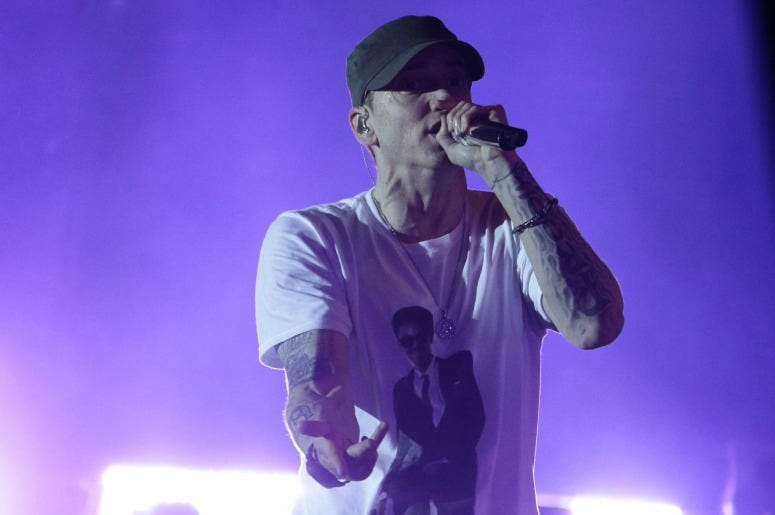 Jimmy Kimmel Live has crossed the country for a week of broadcasts in New York, and they kicked things off with a King Kong-sized performance from Eminem.

Monday night the MC made his way up to the top of the Empire State Building, rapping his latest "Venom" along the way. Through the lobby, in the elevator, and up to the top, Shady spits the song from the number film in the country. In between bars, Em pauses to drop some knowledge on Guillermo about the building's history. What can't he do?

In addition to being a part of the film Venom, the track appears on Eminem's latest Kamikaze. His tenth studio album was a surprise release in August, and hit the number one spot in several countries around the world.