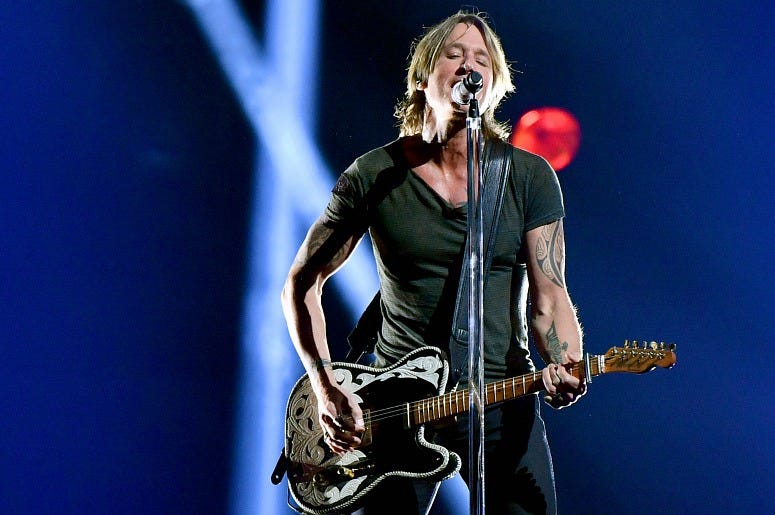 Keith Urban was in Australia Tuesday night to host the ARIA Awards, but before he took the stage in Sydney he took a seat with an Australian radio station to perform a stripped-down cover.

The recently crowned CMA Entertainer Of The Year took on the Marshmello & Bastille smash "Happier", trading in the song's electronic flourish for a longing, emotional version perfectly fit for the Country crooner. The result is a version in which you feel every lyric, delivered with sincerity and strength by the "Never Comin Down" singer.

In addition to his hosting duties this week, Urban sat down for a Twitter Q & A, discussing his favorite Australian foods, his favorite Christmas settings, and his music plans for 2019.

"Dying to get back in the studio, and that's going to happen very soon" says Keith. He also teased his desire to collaborate with different artists in the new year. "I love it. I love the unknowing of collaborating."

Keith Urban is set to perform a free New Year's Eve show in Nashville, along with Peter Frampton and Judah & the Lion. The singer will then take on a tour of Australia and Europe in January.