"When they go low, we also go low, cause that's how dodgeball works" rallied Michelle Obama during a pre-match speech on The Late Late Show.

The former First Lady led a team from the US featuring Melissa McCarthy, Allison Janney, Mila Kunis, Lena Waithe, and Kate Hudson Monday night in a series of dodgeball games against show host James Corden and his assembled team of UK stars... and Reggie Watts. 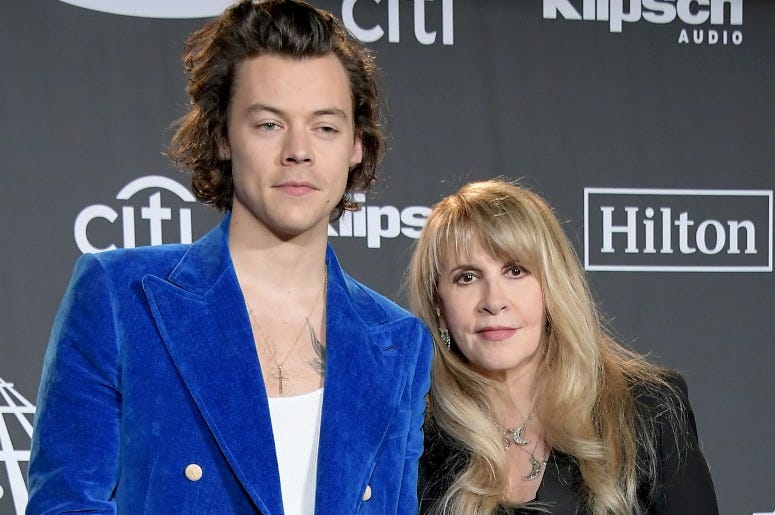 Harry Styles and Stevie Nicks Perform Together Again in Rome

To celebrate a week of shows from London, Obama and Corden hit the gym for a merciless matchup. Harry Styles, Benedict Cumberbatch, and Game of Thrones star John Bradley rounded out the UK squad, taking on the former FLOTUS-led team. "Listen, when Michelle Obama calls and asks you to do anything, you just say yes" explained Mila Kunis.

Harry Styles also explained his reason for being there. "When James Corden calls you, you initially ignore the call, then he keeps calling you, and then he starts texting you saying 'hey did you get my call?' Then he shows up at your house, your work, your hairdresser, your Pilates class, and your shower."

In the first game, it's Obama who lands the winning shot, striking the former One Direction member between the legs. Eventually Benedict Cumberbatch returns the favor, and ultimately asks the First Lady for an autograph too.

Watch above to see who wins the pivotal game three. The Late Late Show continues from London all week on CBS.