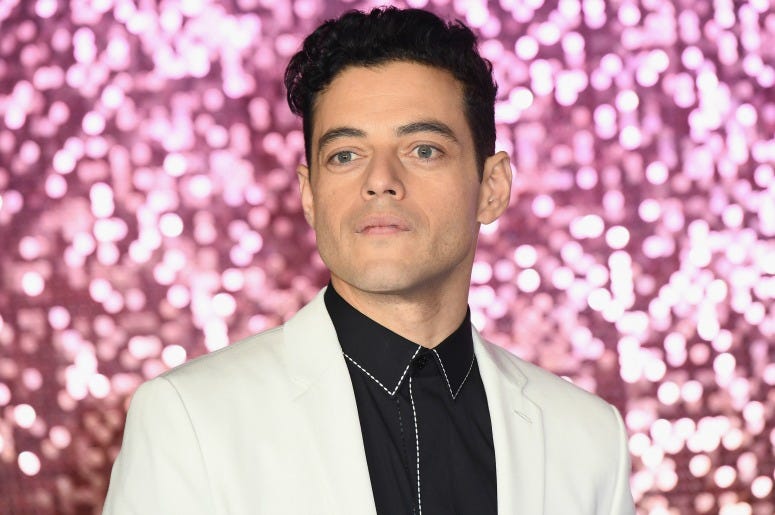 We are getting closer to finally seeing Rami Malek show off the swagger of Freddie Mercury in the film Bohemian Rhapsody. The 37-year-old actor is winning praise from all over for his portrayal of the famous frontman, with some calling the performance "incredible" and "award worthy."

Part of his process in becoming Freddie Mercury, was wearing a set of false teeth to accomplish his trademark overbite. More than just a prop, the teeth were part of his transformation and were kept to remember the role. According to a new interview with The New Yorker, Malek went for some extra glam when it came to his new piece of movie memorabilia. “I kept the teeth,” he tells them. “Well, I had the teeth cast in gold. It is the most ostentatious thing I have probably ever done, and in the spirit of Freddie, being as outlandish as I could, I said, ‘What would be more him than casting these in gold?’”

"Give me what I know is mine." #BohemianRhapsody is in theaters November 2nd.

The first wave of reviews are in for Bohemian Rhapsody, and things are mixed according to Rotten Tomatoes. While critics are split on the film, the plaudits are near universal for Malek.

The film follows the band's early days into their landmark performance at Live Aid and beyond, capturing the thrill of a live Queen performance. The soundtrack features several previously unreleased live performances and well as the band's biggest hits. Bohemian Rhapsody is in theaters on November 2nd. The soundtrack is available everywhere now.