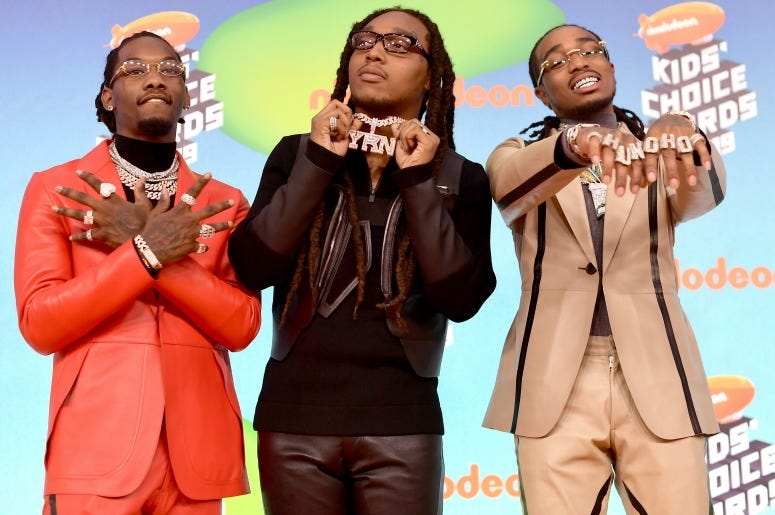 Now that each of the Migos members have dropped a solo debut, it might be fair to pick a favorite. But picking two out of three to tattoo on your arm seems savage.

Offset posted a photo on Instagram on Tuesday, showing a fan with portraits of the FATHER OF 4 rapper and Quavo tattooed upon their forearms. Not pictured is Takeoff, who is very much a member of Migos and the artist behind the excellent solo album The Last Rocket from last year.

We understand the math of two arms and three members, but this feels like a cold omission. Commenters agreed, writing "where’s Takeoff and did they just give up after Quavo" and "Takeoff has left the chat." 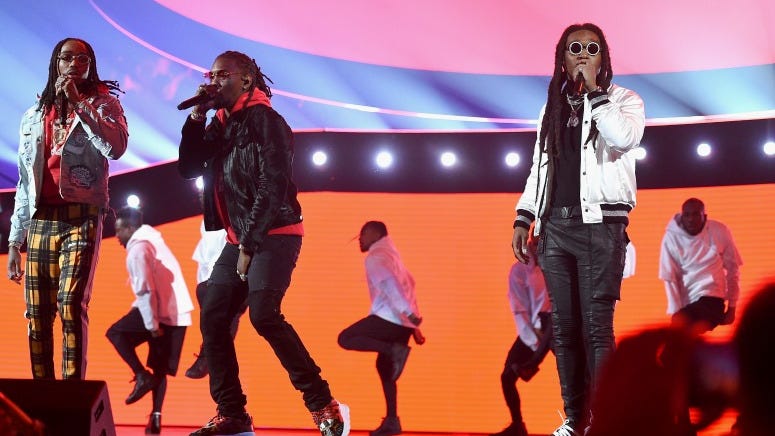 The three were all together this weekend for a performance at the Kids' Choice Awards, performing a medley of hits and dropping a few hints about the upcoming Culture III. On the orange carpet they said it was on the way, telling Billboard "We whipping it and getting it together." Offset previously said it would be released in January 2020 on the anniversary of Culture II.