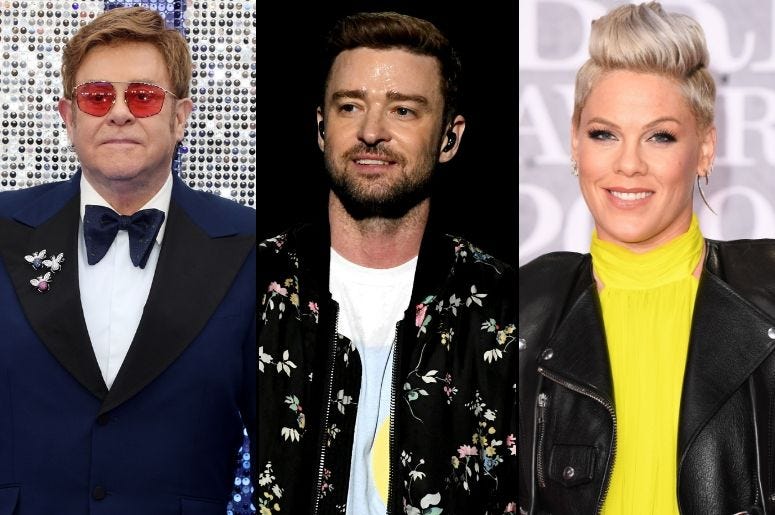 At arenas around the world, people are out listening to live music. From the mighty Metallica to the sounds of Cher, along the End Of The Road with KISS and into the ASTROWORLD with Travis Scott, fans have been turning out and handing over cash for big concerts across the globe.

Now that we've hit the halfway mark, Pollstar has put together their list of the highest-grossing concerts of the year through the first half of 2019. To be precise, these are the biggest tours around the world from November 22, 2018 to May 22, 2019.

There are some usual suspects on the list, like Billy Joel and Kenny Chesney, along with some surprising returns this year from Phil Collins and Bob Seger & The Silver Bullet Band. At the top though, sits three legendary live artists making nearly 240 million dollars in the past six months.

On the worldwide chart, Justin Timberlake comes in at number three. Despite a few stops and starts while the "Rock Your Body" singer dealt with bruised vocal chords, Timberlake's Man Of The Woods Tour landed an impressive 75.5 million dollars across 35 cities. With only a few thousand more tickets sold and one additional show, P!nk lands at number two at the midway point. The high-flying Beautiful Trauma Tour scored 81.8 million dollars around the globe.

Both are beyond impressive accomplishments, and are enough to occupy the top two spots on the North American chart. However, an additional seven cities outside of the US and Canada gives Elton John the biggest tour in the world in 2019.

The Rocketman's Farewell Yellow Brick Road Tour played 56 shows in the last six months, enough to collect 82.6 million dollars. The long goodbye from the iconic artist kicked off in September of 2018, with plans to go into December of 2020.

Rounding out the top 5 internationally is Metallica and Fleetwood Mac.

Also worth noting is the staggering statistics of BTS, Garth Brooks, and Eminem. Each only played 6 shows over the past six months, but managed to gross enough to land in the top twenty worldwide.

You can see the full list of the world's biggest tours of 2019 here.