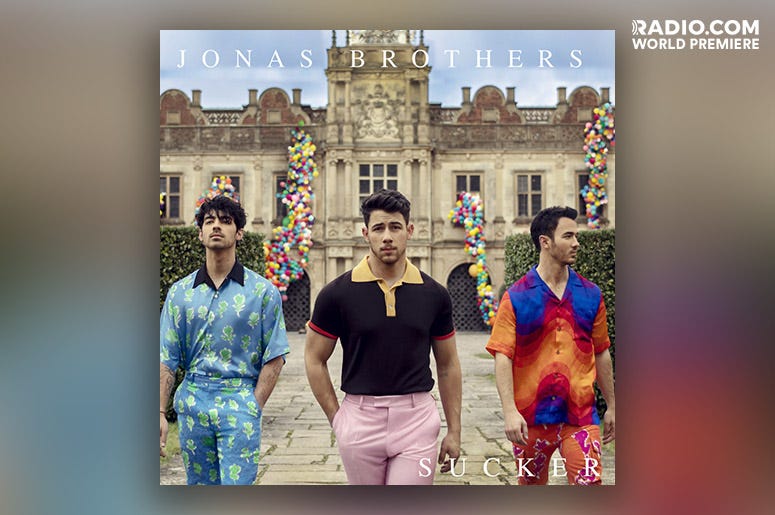 It had been a busy six years from the members of the Jonas Brothers, filled with new relationships and weddings around the world, solo careers, and finding new, creative places to eat cake. Certainly the trio hasn't rested since the band broke up in 2013, but the brothers still do it best when they are all together.

After weeks of rumor and speculation, it feels so good to say that the Jonas Brothers are officially back. Now with everyone finally on the same page, they have decided to reopen the dance floor with the urgent and obsessive "Sucker." Packed with vivid verses and an earworm whistle, the song swerves along a dire drumline, calmed only by those familiar smooth vocals. "Sucker" is a RADIO.COM World Premiere, which means you can hear it here first, and all throughout the day. 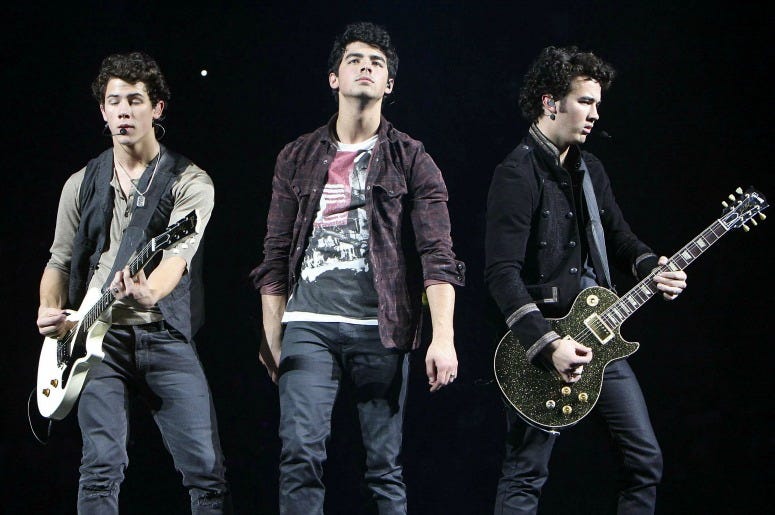 The Jonas Brothers Are Back, and Will Take Over 'The Late Late Show' All Next Week

It took some time for us to reach this big day and a new chapter for the Jonas Brothers. After selling over 17 million albums, tension in the band forced a split in 2013. With a fifth album and a highly anticipated tour on the way, the brothers canceled the release and confirmed that "creative differences" had forced them apart. Now after six years filled with personal success, the Jonas Brothers have reformed and look prepared for a new era.

In addition to the release of "Sucker", the band will take over The Late Late Show all next week with Carpool Karaoke, new performances, and more insight into how this reunion came together. If the reaction on Thursday was any indication, the public has been primed and is anxious for more details. The brothers have treated it all with a bit of a wink, responding to tweets for the band's final days in 2013 and engaging with fans.

In the time since their last release as a band, Nick has released two solo albums and also married Priyanka Chopra in December. Joe became the driving force behind the band DNCE and their massive hit "Cake By The Ocean", and is engaged to Game Of Thrones star Sophie Turner. Kevin has enjoyed family life with two daughters, and has founded a real estate development and construction company. However, today we put it all aside, at least from a moment.

Make sure to listen all day for the RADIO.COM World Premiere of "Sucker."